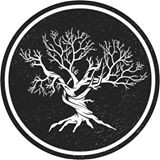 Twisted Manzanita Ales was built on the idea that great beer is crafted with both passion and creativity.

In 2010 Manzanita opened its doors with a three-barrel brew house, however in a little more then a year the we began construction on our much larger facility.

We recognize that craft brewing is an art that requires tremendous attention to detail and extensive involvement from our brewers in every aspect of the process. In response to that need, we have created a space for our brewers to think outside the box and use new and interesting ingredients sourced both locally and internationally. This is the driving force behind Manzanita’s ability to deliver products of the highest caliber.