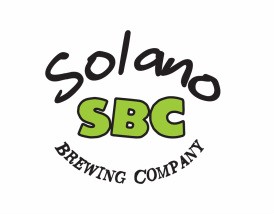 The Solano Brewing Company was founded in 1854 by German immigrant, Charles Widenmann. The brewery gained popularity in the late 19th century and became renowned for its steam beer. Charles and his brewers produced up to 6,000 barrels a year and had their own Malt House which sat between Georgia and York Street in Vallejo. After 64 years of business, production came to a screeching halt when General Order No. 99 (Prohibition in the Navy) was sent out and furthermore the public uprising and political lean made it clear that Amendment 18 to our Constitution (Prohibition) would soon be reality, ultimately forcing the owner to shut down Solano Brewing Company in 1918.

After almost a century of dormancy, three Solano County natives, who unearthed the history of SBC, decided to pick up where Charles left off and reimagine what Solano Brewing Company could become in this exciting new time of Craft Brewing.  In 2015, Jerry Bell, Sean Bonifacio and Randy Dawson collaborated with the goal of creating a local, excellent quality beer and with hometown roots, the outcome was two breweries: Bell Family Brewing, Inc. and Solano Brewing Company, LLC.  Both breweries operate out of the same facility while creating uniquely different beers.

Solano Brewing Company, LLC currently has two brewers, Adam Hunt and Brian Vermont, working tirelessly to create a unique and enjoyable brew that will soon be ready for distribution to tap rooms, bars and restaurants around the area (Adam and Brian's Bio soon to follow).

Though the current facilities out on Weber Road in Vacaville is for production purposes only, plans to build a new tasting room onsite were submitted to the County for approval in August of 2016.  The Brewery is anticipating the approval, construction and grand opening of the new facility by the second quarter of 2017.