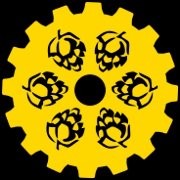 Kristen Lyons and Jason Gardner were first introduced to craft brewing by Brewery Ommegang. They were on hand for the very first Belgium Comes To Cooperstown (BCTC) as volunteers. They were introduced to amazing Belgian Beers that have helped to shape their taste going forward.

From there they began to volunteer at Empire State Brewing & Music Festival in Syracuse and the NY Brewfest at the South Street Seaport. All of these amazing festivals and beers sparked their love of craft beer and the brewing process. A few years later they tried their hand at their first brew, a hefeweizen, and the result was wonderful. With no breweries in the Binghamton area at the time the idea to bring craft beer to the region was born.

Binghamton Brewing Co was founded in 2011 with the idea to bring craft brewing back to Binghamton. We incorporated in early 2012 and have been dilligently working to bring our concept to fruition. We believe that interesting brews, impeccable service and good times are meant to be together.

We love locally grown ingredients. As a farm brewery we are sourcing our ingredients from local producers. NYS hops and malt will be staples in our brews and we will have local wines and cider on hand as well. We welcome you to experience all that Bing Brew has to offer.