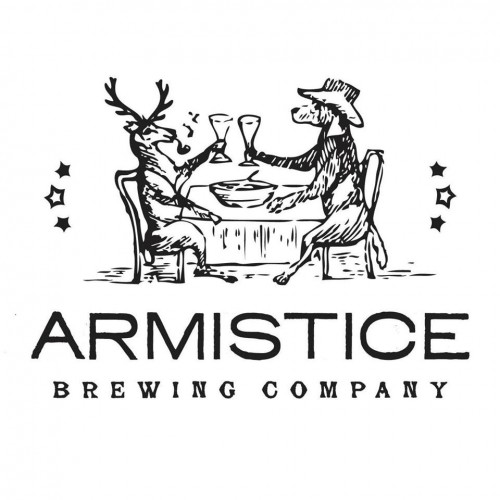 Armistice Brewing Company makes the kind of beer that brings people together, whether they be friends, strangers, or even enemies. We believe that at its best, beer makes it easier to have a conversation with someone who you might not otherwise. When it's doing its best work, beer bridges differences and fosters understanding. Our public house in Richmond, CA is not far from the Kaiser shipyards, where Rosie's of all colors and backgrounds collaborated to build the ships that would bring World War II to a close. We like to think that we're brewing beer with the same spirit of peace and collaboration, and we invite everyone to come enjoy a pint with us.

We decided to go small and open our own taproom because we want to ensure that our beer is served the way it was intended -- at peak freshness, right from the source, and in the kind of variety that we appreciate. We brew in very small batches, which allows us to experiment with ingredients that are both cutting edge and traditional, and because our taps turn-over fast, we'll always have something new for you to try. As homebrewers, we've won many awards for a diverse range of styles, and we'll continue to brew with that kind of variety at Armistice -- everything from aggressive new-world IPAs, crisp and malty German-style lagers, subtle English bitters, complex sours, nuanced barrel-aged beers, and inventive beers that transcend style boundaries and traditions. We're such a small, sibling-run operation that you'll often find our owner-brewers tending bar. We love talking about and getting feedback on the beers, so come on down and share a pint with us.