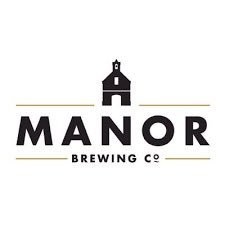 The Manor Brewing Company was founded in the heatwave summer of 2013 in a bell tower on the grounds of co-founders Amaya Cully's family home, an old manor house set on 42 acres and part of Hidden Ireland. The Bell Tower is an early 19th century granite grain store, that centuries ago was used to dry local barley crops to supply Guinness's malt house down in Dublin. It's just a mere stone's throw from the source of the iconic Liffey River, and infamous Sallygap mountain pass. Today, having recently converted the Bell Tower into Ireland's highest craft brewery, we brew all our beers using our own source of pure Irish mountain water from an artesian spring-well piped directly up into our brew house from under the Wicklow Mountains. Luckily for us, on that hot summer's day back in 2013, we discovered our water has a pH softness & purity that is perfect for brewing beers of true character and distinction.

And so, Irish Mountain Beer was born.