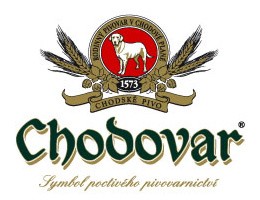 Since 1992, Chodovar has been a limited liability company and has played a completely independent role on the market. The company is formed by four co-partners: NDr. Tomáš Zuckermann, Jiří Plevka Sr., Jiří Plevka Jr. and Jan Plevka. The Plevka family also cope with the actual running of the brewery.
The annual production reaches 90 thousand hectolitres of beer and tapped mineral water. The malt house provides 1,700 tons of malt yearly, including special malts for brewing dark beer.
The beautiful historic brewery premises are also a sought-after tourist destination. For the guests they offer attractive environment of a stylish restaurant situated in a part of a rock labyrinth of the brewery cellars, a little brewery museum, the wellness hotel U SLÁDKA***with the original beer baths or a restaurant and beerrarium in the historical malt house building.
The brewery premises are adjoined by a brewery garden providing seating for up to 3 000 guests. The garden is also a spot where the traditional beer festival and European championship in rolling oak barrels take place.