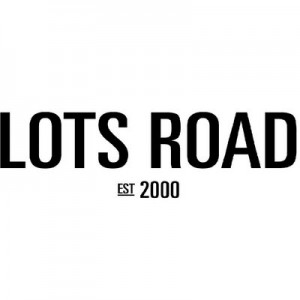 Originally The Balloon Tavern & then “The Ferret & Firkin in a Balloon up the Creek” when taken over by the Firkin brand in honour of its old name and location in Chelsea creek.

The Firkin pubs were legendary amongst real beer drinkers & then in March 2001 Punch announced that the Firkin brand was to be discontinued - shame on them!

In 1832 the land surrounding Lots Road was bought by the self styled Baron de Beaufain who opened a sporting club. It failed and was sold in 1842 to Renton Nicholson who opened a successful pleasure and entertainment park, including an American Bowling saloon. A feature was Balloon ascents – hence The Balloon Tavern which opened in 1869 on the existing site.

In 1874 a Vincent de Groof jumped from a balloon at 500 feet with only very large wings, he was killed landing in Sidney Street, another balloonist snagged the steeple of St. Lukes Church, killing the pilot.

Lots Road commemorates the “lots” of ground which belonged to Chelsea Manor and over which the parishioners had Lammas rights, that is to say rights to graze their animals at curtain times of the year.