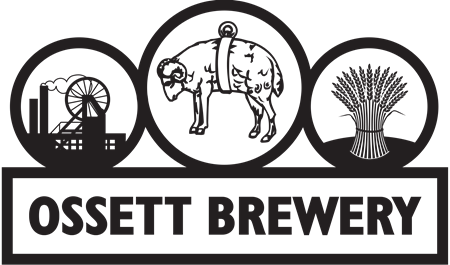 The time has come to restart our monthly interviews with professional brewers. Since breweries seem to be opening once every 35 seconds or so, we will probably not run out of interview subjects anytime soon. Now up, our next guest in the Comfy Computer Chair of Fame, is a brewer that hails from West Yorkshire, United Kingdom. With nearly 15 years in the industry he’s a right “old timer” (compared to the multitudes of new brewers entering the brewing scene). Please welcome to Cellarmonk, Ossett Brewing Company’s head brewer, Mr. Paul Spencer. Any type of formal training in brewing science or art? If not, how did you learn the craft?
I studied chemistry at university and worked in the chemical industry for a number of years before making a career change to brewing. Already an experienced home brewer, upon joining Ossett Brewery I was trained in all aspects of the business by owner Bob Lawson, himself a former brewer at Tetley’s in Leeds and more recently Kelham Island in Sheffield. While at Ossett I have taken the IBD Brewing Diploma.

If you will, a brief history of your brewing experience (where have you brewed)?
My interest in beer and brewing began when I was a child, helping my father to make Boots home brew kits in the kitchen. In my mid-teens I graduated to extract brewing and can recall supplying school friends with home brewed brown ale at my school Christmas disco! Shortly after leaving school I started drinking a wide range of real ales at the Rat and Ratchet in Huddersfield (a pub which Ossett now owns!) which really inspired me to learn more about beer and brewing. In the early 90’s I bought Graham Wheeler’s CAMRA book (How to Brew Your Own Real Ales at Home) and quickly moved onto full mash brewing. By now I had moved from Huddersfield to Ossett and chose the wonderful Brewers Pride as my new local, not least because it happened to be installing its own microbrewery at the time! I loved the Ossett beers from the beginning, while becoming ever more disillusioned with my job in the chemical industry. When in 2001 a job came up for brewer/salesperson/driver/general dogsbody, I couldn’t get my application in fast enough. Owner Bob Lawson and I hit it off and I started working for Ossett as soon as I could escape the chemical company, swapping a one hour commute on the M62 for a ten minute walk across the fields to work in the process. It was one of the best decision I have ever made. When I joined Ossett, I was only the second employee, but in the years since the company has grown a great deal and now has a pub company with 25 pubs in the estate. Two of these pubs (The Riverhead in Marsden and Fernandes in Wakefield) had established breweries on site when they were purchased and I automatically took responsibility for brewing on these two sites as well, although both now have full time members of staff who brew every day under my guidance. In 2011, the company decided to install a six barrel Dave Porter brewery at the Rat and Ratchet in Huddersfield (where if you recall I began my love affair with beer), and the new Rat Brewery became my pet project. Once set up, we again installed full time brewers at Rat, although I still get across there to brew myself whenever possible.

Is it automated or is there a lot of exercise involved in your brewery’s operation?
There is very little automation other than temperature control, and the health app that my daughter installed on my phone reckons I walk on average of twelve miles a day when I’m at work. If I got a desk job, I’d probably put on weight very quickly.

Have you ever had a bad batch? If so, how long did it take you to figure out what caused it?
At Ossett, no (touch wood), although we once had to dump a full CT of beer which became infected due to not being cleaned properly – the culprit is no longer with the company.

Is there more pressure put upon you as head brewer in a smallish brewery to try and match other small breweries in offerings?
I don’t think so. At Ossett we have a situation where a very large volume of our beer is drunk in our own pub estate and two brands (Yorkshire Blonde and Silver King) make up a large percentage of our output. Our own estate consumes something like 60bbl per week of Yorkshire Blonde alone, and so the main challenge is to maintain quality and consistently – customers who drink our beer every night of the week would be very quick to tell us if anything was to change. Luckily though, I have Rat Brewery to play with too, and that is where I can be much more creative. Indeed, I think that the cask and keg beers we are currently producing at Rat can rival anything in the country for quality and diversity.

Can you give a hint if anything might be coming from your brewery (new brew, special brew, etc.)?
As well as our permanent beers, we also run two specials per month at Ossett. Typically these don’t vary far from the pale, 4%ish moderately hoppy beers that our core drinkers expect. However, we have plans for a very exciting collaboration in November which may well end up in cask, keg and can. If I told you any more at this stage, I would have to kill you.

Please describe the weirdest ingredient you have ever put in beer.
Beetroot, and I won’t be doing it again, unless it is to give a pink colour to a rhubarb beer we’ve got in the pipeline at one of the brew pubs.

I recently visited the USA for the first time, and was predictably impressed by the IPA’s and the sours. After ten days in Portland, Yakima and Seattle though I was ready for a pint of session strength beer! I was impressed too by how widely available craft beer is. Watching Seattle Seahawks while swigging pints of IPA was quite an experience. Things I liked less about the USA were having to show ID in order to buy a beer – I’m 42 years old – and restaurant menus that don’t show prices and abv’s.

Any advice for those aspiring (kitchen/homebrew) future pro brewers out there?
While owning your own brewery may sound like fun, there are an awful lot of people opening them at the moment and it is becoming a very competitive market place. If you’re going to go it alone, make sure you do your sums first because there a lot of small breweries struggling and having to sell beer very cheaply in order to get a sale. Lots of people ask why I haven’t started my own brewery; the answer is simple – I enjoy working for a good company which allows me the freedom to innovate. There is also much to be said for earning a regular wage with which to pay the mortgage.

What do you like to do in your time away from the brewery?
Home brew. Grow things – including hops. Walk in the countryside around home.

Describe your perfect beer day (outside the brewery). For example, a day with family or friends at the brewery, a picnic with family or just a quiet day at home (sipping your brewery’s beers).
The annual hop harvest at home. All the family helps pick the hops and then I brew a green hop beer with them on the same day, usually concluding matters with a beer or three in the evening. I also enjoy a good old pub crawl around any new -or old – city. 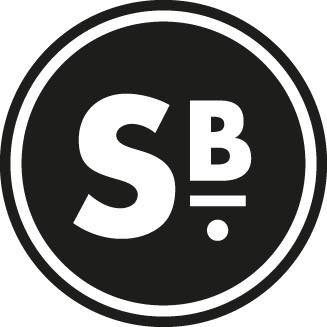 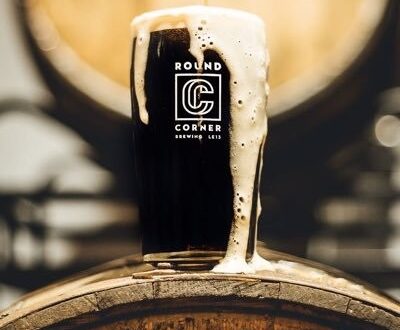