Cruise Brews (or lack of)

I stepped about the cruise ship with high hopes.  Here I was, being treated to a cruise by my mother and having to pay for almost nothing.  I anticipated just lazing around sipping on a few cold ones while we floated by the lovely islands of the western Caribbean.  Being my first cruise, I wanted to experience everything.  The shows, the food, the casino and the nightlife.

Being a beerophile, my first thought was of what kind of selection was I going to be able to partake of, so head straight to the beer menu I did.  What I found was, let\'s say, a bit of a letdown.  Looking at the beer menu I began to wonder if AB/InBev had purchased the cruise line I was on.  Of all the beers on the menu, they had a stake in at least half of them.  After the fold is a listing of what was available:

Don't get me wrong, there are some very decent beers in that list. Unfortunately, none of the domestic beers falls into that category.

There are currently more than 1500 breweries in the United States.  There are the mass market makers (those represented), but at the same time there are some very good regional and craft beer makers.  I completely understand that it is a logistical thing for cruise ships and that the big makers hold a lot of sway due to their distribution networks.  Yet, there are regional brewers that could provide the needed amounts.  Grocery stores now stock beers from throughout the country, yet the cruise ships stock only the simplest.

Another factor might be price.  As you can see, the price of most of these beers is the standard "club" type price (what you would expect to pay in a nightclub).  Cruise ships are a kept audience, you cannot go anywhere else to get a beer (nor can you bring any with you).  So the price is what the market will bear.  If that is the case, then why not stock some more higher end beers.  The average cruiser is already shelling out $700 to $1000 or more for their room and associate services, I don't think that carrying some craft beers and setting a higher price for them would discourage craft beer cruisers from paying the price.  I would have paid 7 or 8 dollars for a Bell's or Stone craft beer.  Heck, I'd have paid a premium for a Yeungling.  I am sure that the same could be said of my fellow cruisers from other countries in relation to some of their own home country breweries.

Another factor that plays into the selection is the makeup of the passengers.  Our cruise was very heavy on Canadian citizens and British (with some Australian and French). Altogether about a 50% American, 25/15/10% makeup.  That is a pretty diverse group and I understand that many like to drink American beers (something other than their own), but what they are drinking does not represent the American beer scene now.  Yes, the big makers are still 90% of the market, but they are losing share to all the good craft brewers out there.  I just wish all the great craft brewers were represented better. 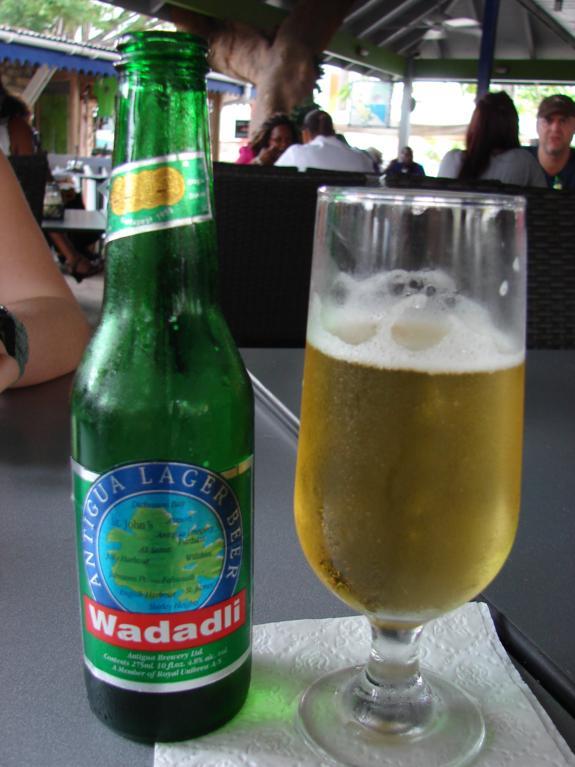 In conclusion, beer on this cruise was a mighty disappointment.  Most people don't worry about the beer selection when booking a cruise, but then again I am not most people.  I write article for a beer website and find the lack of representation of better beer frustrating.  I am not dissuaded from going on another cruise (the service was excellent and the food was exceptional).  I just wish for a better beer list.