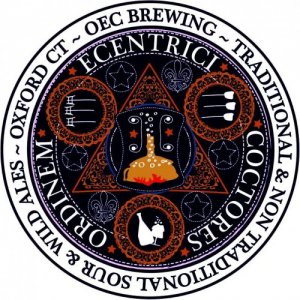 Ordinem Ecentrici Coctores = Order of the Eccentric BoilersYes, we know. The name is not grammatically correct Latin. Rather the name & symbols of the brewery are a spoof on the secret societies of yesteryear.In old brewing literature fermentation was often called boiling as the vigorous bubbling drew comparisons to the boiling of liquids. As advanced as brewing science has become, sometimes we are still just as clueless when it comes to the science behind the actual creation of complex flavors and aromas.

Sometimes a little mysticism just goes a long way and after all, we would not dare to take ourselves too seriously!

We are an unusual brewery stemming from neither here nor there. We take influence from the great lost brewing traditions of the areas going from Northern Germany across to Belgium combining them with modern brewing techniques.

Our brewery is not the creation of a sole individual rather an Order of individuals. Ideals, techniques and ingredients come from places as near as the orchard to more than 1,900 leagues away.

The goal of all being to create ales & concoctions of fantastic aromas & flavors.

For all of the ales are living, none are to be filtered or pasteurized. All shall undergo long maturation times while many others will spend time resting on wood.

It is a story originating before the Reinheitsgebot of 1516, before industrial brewing when ale was meant to lift & enhance the human spirit from the drudgery of hard work.

If this is a story of interest, come seek us out.