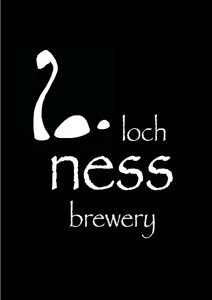 Brewery Motto
Drink Resposibly and Drink Often!
Type of Brewery
Brewmaster / Head Brewer:
Uncle Archie (3 involved and yet to carve up resposibilities Steve and Allan Crossland who own the Benleva and me - Uncle Archie is the pub dog and has final say!)
Brewery Founded
2011
Brewery Output
2.5 bbl
Brewery Contact:
This email address is being protected from spambots. You need JavaScript enabled to view it.
Brewery Website:

TWO brothers are the latest to tap into the Highlands thriving specialist beer market by launching a new brewery business from their pub in Drumnadrochit.

Hoteliers and real ale enthusiasts Allan and Stephen Crossland are to create the Loch Ness Brewery more than 150 years since beer was last produced locally.

The move comes a week after The Inverness Courier revealed that the established Black Isle Brewery in Munlochy has secured its first export order, supplying its Goldeneye Pale Ale to Swedens state controlled off licences.

Five different beers will be produced by the Crosslands, who have run the villages Benleva Hotel for nine years. They already host an annual beer festival and sell products from other Highland breweries. Having carried out extensive tasting, research and sought advice from other independent brewers, the brothers hope to start serving up their own beers for real in March.

Patrons in the hotels bar on Kilmore Road will have the chance to try out the range including Hoppy Ness because the brothers intend to only supply their own premises at first.