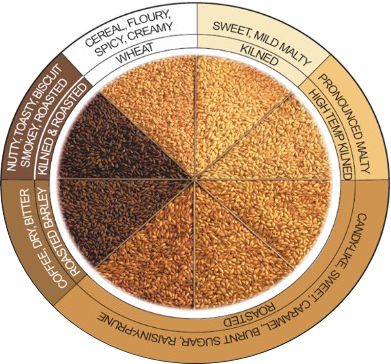 The Beer Flavor Wheel, designed in the 1970's by Chemist Dr Morten Meilgaard. It was subsequently jointly adopted as the flavor analysis standard by the European Brewery Convention, the American Society of Brewing Chemists, and the Master Brewers Association of the Americas. 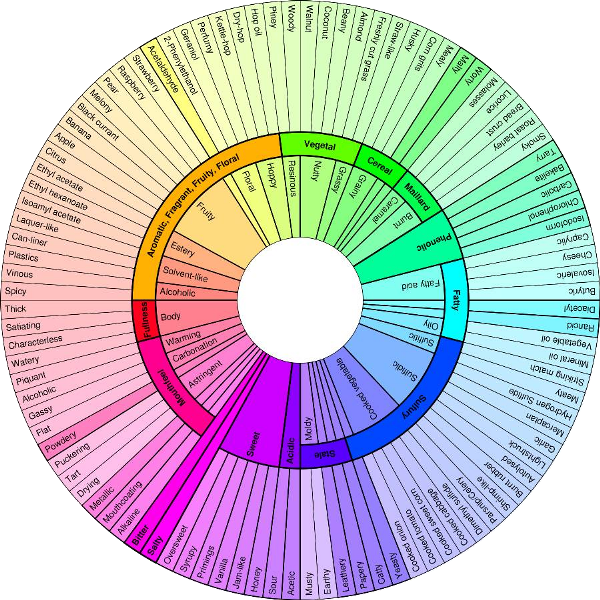 Note that one side of the wheel denotes mainly aroma, while another section concentrates on taste.