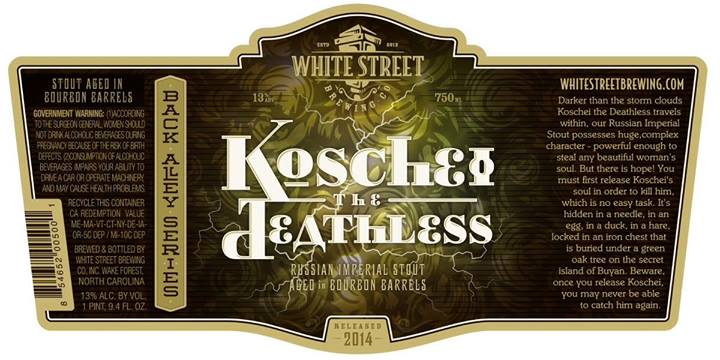 Bottle sales begin at the taproom on March 28 at 2:00 PM at 218 S. White Street, Wake Forest, NC. The taproom will be open from 2:00PM to 12:00AM and will feature live music and food trucks. Koschei the Deathless kegs will be tapped at 2:00PM on March 28 and samples will be available for $2. Bottles will be sold for $13.99 each while inventory is available.

“Locked in bourbon barrels until we found and released him, Koschei the Deathless - our massive, complex, blacker-than-death Imperial Stout - will steal any soul with which he comes in contact. A Russian villain, Koschei’s immortality can only be reversed by finding his soul hidden in a needle, inside a duck’s egg, in a hare, inside an iron chest, buried under a green oak tree - and devouring every last drop.” 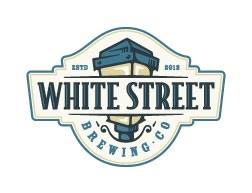