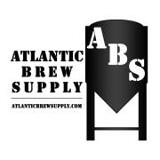 
Raleigh, NC – Raleigh Brewing Company, slated to open in February 2013, will host the Grand Opening of their homebrew supply store in Raleigh, NC on Sunday, January 13, 2013. The supply store is called Atlantic Brew Supply and sells a full range of ingredients and equipment for homebrewers of all skill levels in its 3,400 square-foot showroom. Some interesting features of the store include grain & malt extract sold by the ounce, bulk discounts for all items, & useful pieces of equipment made locally for homebrewers. In addition to homebrew supplies, Atlantic Brew Supply will be distributing commercial brewing equipment. You can find the store at www.atlanticbrewsupply.com, Facebook, & Twitter (@AtlanticBrewSup).

Atlantic Brew Supply will be managed by John Federal, who spent 4 ½ years at another local homebrew supply store and brings with him a wealth of knowledge and customer service. The shop will be located in the brewery at 3709 Neil Street, across the street from Meredith College.

Federal stated, “I am thrilled to be able to join the Nystedt’s (owners) and continue my contribution to the homebrewing community in the Triangle and beyond. After all, it’s where I started and you just can’t forget your roots.” Owner Kristie Nystedt commented that “John’s passion and commitment to the homebrewing community ties in well with our vision of bringing the art and craft of beer under one roof.”

Currently, the brewery is completing the application for their NC ABC license before beginning the production of alcohol for sale. You can come try samples of their beer before they open at a local beer store, Bottle Revolution, on January 10th from 4:30pm – 7pm.  Follow them on Facebook and Twitter (@RaleighBrewing) for future updates.

Raleigh Brewing Company is owned by Kristie & Patrik Nystedt and will be the first female-owned brewery in North Carolina. They will be opening with a 20 BBL brew system in February 2013 and intend to produce 6 year-round brews, 6 seasonal beers, and a plethora of experimental beers. The brewery will house a taproom, the Atlantic Brew Supply store, a classroom, and an annual homebrew competition founded by John Federal called The Carolina Quarterly Brew Off.                       ###