Interview with a Homebrewer - The Amazing Ciderman

As alcoholic (hard) cider is a product easily made in the kitchen, we thought it was about time to interview someone who primarily brews cider.  Our cidermaker hails from Brighton, UK and as can be seen from the interview, uses the bouquet of fermenting cider as sort of a natural potpourri.  Welcome to the Comfy Computer Chair of Fame, @Das_Fletcher, Mr. Nicholas Fletcher. 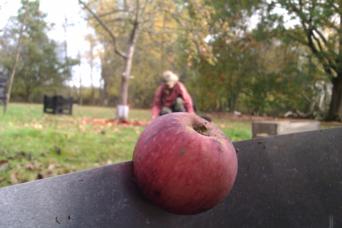 When did you start homebrewing?
In Autumn 2006, though it had been mooted long before that.

What got you into homebrewing? A person? An unfulfilled interest? Sheer boredom?
I had just returned from a long holiday having just left university and whilst looking for work I had a lot of spare time, so making cider seemed like a good idea. The natural abundance of apples at that time of year combined with the ease of getting them pressed also contributed.

Do you belong to a homebrew club? What is it?
No, though I am a member of the Campaign for Real Ale.

Where do you brew? Inside/outside?
Inside, as I live in a flat. In the near future I hope to move somewhere with a garage so that I can brew some beer.

Where do you ferment? Have you had to do anything creative to facilitate this?
As room temperature works well for cider I ferment in my living room. That way I can monitor how things are going easily.

Do you have a pet name for your homebrewing enterprise? If so, can you give us a little background?
I don’t, though if I was making beer I might.

How large are your batches?
For cider usually 2 or 3 gallons, which is plenty for personal consumption and for anyone else that’s interested.

What kind of equipment do you have?
Just some demijohns, nothing special.

Are you fine with that or do you expect to upgrade to bigger and better?
For now it’s plenty, but when I start making beer I’d like to get (or indeed make) some serious equipment.

What are your favorite styles to brew?
I like to keep the cider making process as natural as possible so therefore all the cider I make comes out dry. My absolute favourite cider style is that which is found in Normandy and Brittany in France, so I put a lot of it in 75cl bottles and then prime them so that they have a high level of natural carbonation. My process is by no means the same as how it is made in France, but it is my main inspiration.

How many batches have you made this year?
As I brew in the autumn I haven’t made any, though I may make some kvass (a primitive beer style made from bread) soon if it warms up enough to warrant some refreshing beer. For this I don’t need any special equipment as it can be fermented in a pan and does not require maturation.

Give us some examples and the names you picked out for them if you gave them a name.
As cider making is a seasonal thing I just give each batch a vintage, though there are variations so I suppose I should be a bit more creative in that regard. 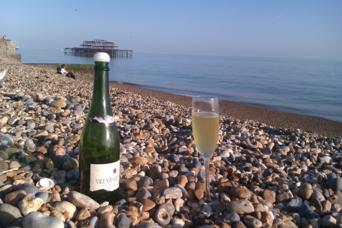 Any bad batches? Were you smited by the homebrewing gods?
Luckily no.

Brewing plans for the future?
The apples I use tend to be whatever I can get my hands on so I’d like to get some proper cider apples for the 2012 vintage.

Plans on entering any competitions this year?
No.

Any awards from past competitions?
No.

Any advice you'd like to give other cider homebrewers?
Many people I’ve spoken to are put off by the time it takes for the cider to mature (around six months) so my advice would be that once it has fermented you should put it in a cupboard and forget about it. That way you’ll have a pleasant surprise in the spring.

Any closing thoughts?
Making cider is pretty easy, probably more so than making beer. Having said that there are nuances to master and each year quality should improve.

If you were King, what would you do to right the beer universe?
I would reduce the level of beer taxation in the UK. From what I’ve read it is much higher than the rest of Europe and the pub industry is slowly being suffocated by the government’s misguided attempts to reduce binge drinking.