Interview with a Homebrewer - Microbe Man

A hobby well chosen by our next featured homebrewer.  With a background in microbiology and chemistry, this brewer should have no problems working the finicky nature of some of beers complex ingredients.  Having brewed for quite some time also means he's moved from "kit" to "keg" (not sure if he kegs or not, but I needed something fluid to write).  Please welcome to the Comfy Computer Chair of Fame, Homebrew Dave Morton  - @dmonbeer.  Oh yeah, he hails from Altrincham, United Kingdom. 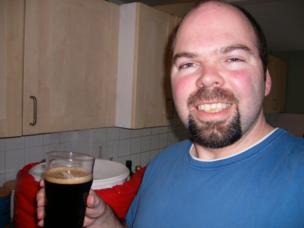 When did you start homebrewing?
When I was about 17 - more than 20 years ago.

What got you into homebrewing? A person? An unfulfilled interest? Sheer boredom?
I saw the kits in Boots The Chemist & wanted cheap alcohol. To have something I'd made myself was a small bonus back then. As time progresses, the palate refines & you get money in your pocket so you don't need a cheap source of alcohol anymore. Now I brew because I can make the beer styles I want better than some of those in the supermarket.

Do you belong to a homebrew club? What is it?
No. I have some homebrewing friends who share information & beers when we meet up.

Where do you brew? Inside/outside?
I brew on the patio outside the back door. I put the gazebo up in bad weather.

Where do you ferment? Have you had to do anything creative to facilitate this?
Ontop of the fridge where my two-and-a-half-year-old daughter can't get it! Its a bit tricky raising 40 pints of liquid above your head!

Do you have a pet name for your homebrewing enterprise? If so, can you give us a little background?
Hyperbole Brewery - 'cos all my beers are amazing! I like the word hyperbole as you can claim what you want & people (hopefully) know you're not being too serious. Also that some Americans might think its a sports fixture at the end of the regular season.

How large are your batches?
Almost exclusively 40 pints limited by the size of my mash tun.

What kind of equipment do you have?
A plastic mash tun / wort kettle, 2 plastic fermenting bins, a stainless hopback, a copper wort chiller, digital thermometer, a wooden spoon & plenty of plastic tubing. 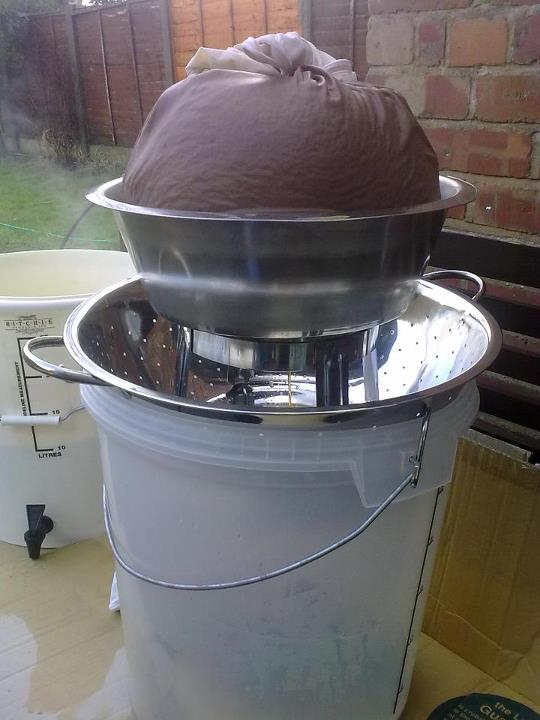 Are you fine with that or do you expect to upgrade to bigger and better?
I try not to think of all the lovely stainless steel I could have, shining & bright as lack of space & money prohibit.

What are your favorite styles to brew?
American Pale Ales. The Missus isn't a fan of "grapefruit" beers, but I love 'em - there are so many different hop varieties that lend themselves to this style. Amarillo is by far my favourite hop, but its a bit pricey. A Coffee Stout once in a while makes good sipping beer too.

How many batches have you made this year?
9 full forty pint batches.

Give us some examples and the names you picked out for them if you gave them a name.
Aussie Summer was an APA-style beer named after the Summer hops from Australia I found on Ebay. Chinook 58 was named after the hops I used & that the largest 24 hour temperature differential was in Loma, Montana of 58°C caused by the Chinook wind local to the area. Insane Pale Ale was a massively hopped IPA with some of the hops soaked in vodka whilst the main beer fermented, then the vodka was added to the beer upon bottling. Sometimes they are just named after what they are, like Dry Smoke Stout or Hoppy Bitter.

Any bad batches? Were you smited by the homebrewing gods?
I've brewed batches that weren't to my taste - trying to please other people - more often than had a disaster. I've not made a truly terrible beer since I thought I'd try a wort kit out for old times sake. The whole lot went down the drain! Aweful!

Brewing plans for the future?
More of the same really. I like my beer & have some friends who like my beer, so although I won't change my setup unless forced to by time / money constraints.

Plans on entering any competitions this year?
No. Entering your beer into a tasting contest is like putting your daughter forward for a beauty pageant - if they don't win, then the judges must be wrong! I get good feedback from friends who simply like a drink, to friends who I trust to give me an honest appraisal.

Any awards from past competitions?
No - I've never entered one.

Any advice you'd like to give other homebrewers?
Don't just jump in with both feet to all grain brewing! Find someone who already does it & watch them make a brew. Its heart breaking to have to throw 40 pints down the drain. Never be afraid to ditch a bad batch though as you don't want friends to have to think twice before accepting a homebrew off you. Use PET bottles as you can feel the carbonation to know if its just right or not & they won't leave a sticky glassy mess if you over-carbonate. 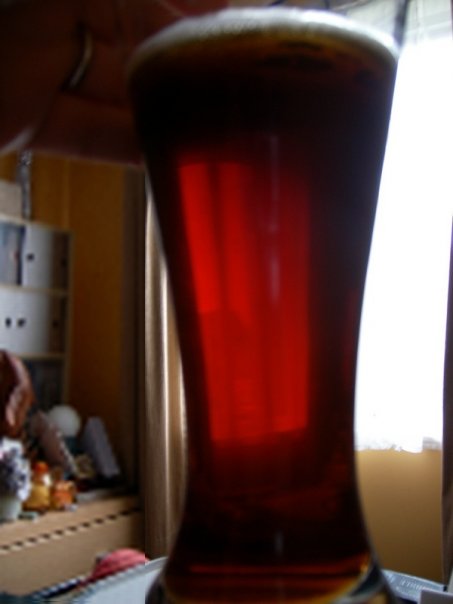 Any closing thoughts?
Listen to podcasts on brewing like Basic Brewing Radio for interesting ideas & improvement techniques, but there's no substitute for talking to someone who's done it before.

If you could sit down with 1 person (living or dead) and ask them questions. What brew would you offer them and what would be the first questions you would ask?
If we are sticking with the beer theme, maybe I'd ask the inventor of the Pilsner style beer - Josef Groll - how he felt if he knew that his beer had conquered the planet? Obviously I'd offer him a Czech Pilsner.

If you were King, what would you do to right the beer universe?
I wouldn't like to meddle too much as I think the free market mostly sorts out what beer people want. I would suggest that people visit their local pub so that they meet people outside of their normal entrenched routine of friends. Several genrations might converse, rugger buggers might chat to Am-Dram types, 16 year olds might be allowed a drink under the supervision of a responsible adult. How the Great British pub would be encouraged is another matter - decrease the difference in price between supermarket slabs & pub pints? I'm only an amateur economist so I don't really know.

Favorite commercial beer?
This month its Avalanche by Fyne Ales, although it changes to Hawkeshead Gold or Fyne Ales Jarl depending on the direction of the wind.

Dream Job?
I watched Dr Gabrielle Walker on BBC Four present The Secret Life of Ice from a canoe on a glacial lake & thought how great it would be to be a hands-on science presenter. 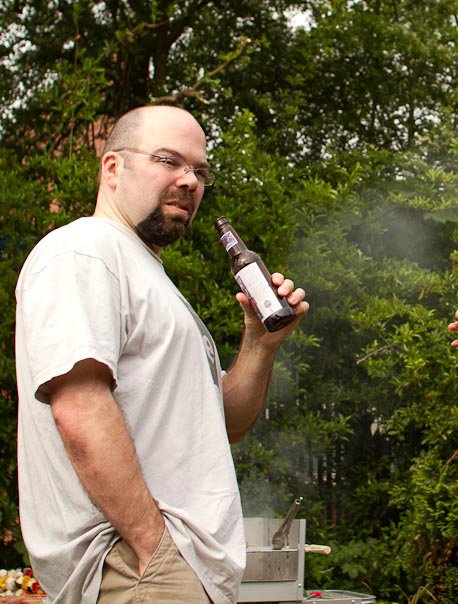