Interview with a Homebrewer - Hill Hopper

Our first interview of the year comes to us from the United Kingdom.  He's comes as a friend of CellarMonk's (a link to his blog can be found in our Blog Roll/Beer Links section).  We would have sat him down in the Comfy Computer Chair of Fame, but alas, he seems to always be on the go.  Up one hill or down another with time in between for his work and his play (beer brewing/blogging/drinking and hill walking) we very nearly had to get this interview on the road.  Please welcome to CellarMonk, Mr. Andrew Mogg. 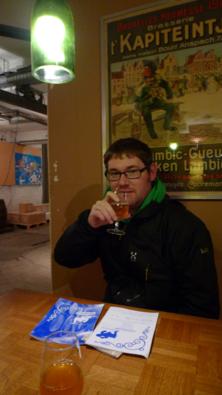 When did you start homebrewing?
Started with kits in 2008, you know the ones where you get two tins of malt extract then add water and hey presto you have beer? Brewed my first all grain brew in August 2012 and i'm now planning on brew number 3

What got you into homebrewing? A person? An unfulfilled interest?  Sheer boredom?
It's something i'd always wanted to try especialy after visiting so many breweries and doing a couple of brew days with professional brewers.

Do you belong to a homebrew club?  What is it?
I don't I keep thinking about joining one but I've found twitter to be a great source of tips and advice as well as a great place to swap beers.

Where do you ferment?  Have you had to do anything creative to facilitate this?
I'm quite lucky that we have cupboard under the stairs that used to be a pantry when the house was built so I can get my fermenting bucket in there. I use an old sleeping bag to keep it warm and it seems to work pretty well although i'm not sure what i will do in the winter. 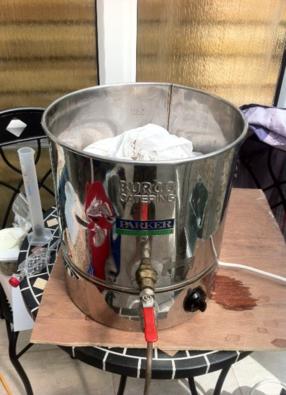 Do you have a pet name for your homebrewing enterprise?  If so, can you give us a little background?
I haven't, I probably should have by now but am too busy trying to sort branding for other peoples breweries.

How large are your batches?
23 litres (a little over 6 gallons)

What kind of equipment do you have?
Burco boiler that I've borrowed from Matt at Truefitt Brewing Company, other than that just the usual array of buckets and stuff.

Are you fine with that or do you expect to upgrade to bigger and better?
I'd like to get my own at some point as no doubt Matt would like his back, I was lucky enough to brew a beer on the Roosters Brewing test plant a few months ago, I'd really love something like that in the garage.

What are your favorite styles to brew?
IPA and pale ales, nice easy drinking and easy to give to other people to drink.

How many batches have you made this year?
Two, hopefully three by the time you read this. 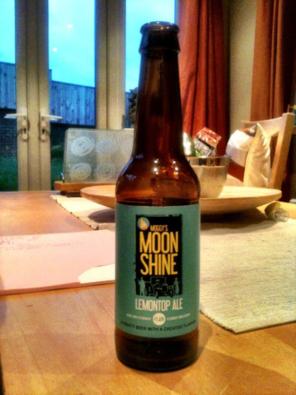 Give us some examples and the names you picked out for them if you gave them a name.
Brew one was Moggy's Moonshine, brew two was hop for the best and was hopped lots of riwaka and pacific gem, not sure what brew 3 will be but It's going to be another pale and hoppy one.

Any bad batches?  Were you smited by the homebrewing gods?
I have had one batch of the kit brew go wrong, not sure what happened but it was absolutely rancid and went down the drain. All grain one did have a little bit of an odd taste that I couldn't put my finger on.

Brewing plans for the future?
Get to grips with the basic styles then start to experiment a bit more. Id love to brew something with a Belgian twist and also something a little bit crazy.

Plans on entering any competitions this year?
Probably not just yet there's some great home brewers round here making beers that are better than a lot of the local breweries.

Any advice you'd like to give other homebrewers?
Just do it, start off with the kits get the hang of the process, the cleaning etc, see how you go then give all grain a go.

If you could sit down with 1 person (living or dead) and ask them questions.  What brew would you offer them and what would be the first questions you would ask?
Tough one there are so many people i'd like to have a beer with, could I not just invite them all to the pub and have a game of darts and a few beers, locally and from around the world.

If you were omnipotent, what would you do to right the beer universe?
Get the government in the UK to lower the tax on beer, get rid of badly made, kept and served beer and get beer into more restaurants. 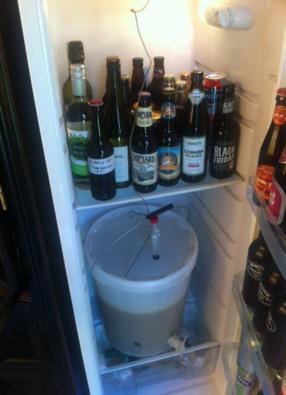 Favorite domestic beer?
Wow these questions get tougher...it changes all the time, at the present moment It's NZPA from Hawkshead Brewery in Cumbria.

Favorite imported beer?
Another toughy, but it's between Orval and Cantillon St Lamvinus, never get sick of drinking either.

Favorite beer and food pairing?
Ohhh so many, at the moment a fresh home made scotch egg and a bottle of lambic.

Married? Children?
Got married in April 2012, was a great day, even brewed a beer for it (see blog)

In the kitchen I make a mean... (beer related).
Slow cooked Pork in kriek