Interview with a Homebrewer - Cosentino Wire 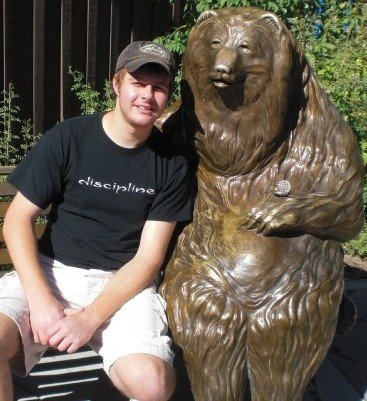 In our ongoing interview series, we now subject our next homebrewer to the klieg light of fame.  When he's not banging away at his computer keyboard, our interviewee is hard at work on his next home brewed endeavor.  Let's hear it for Kevin Cosentino.

When did you start homebrewing?

What got you into homebrewing?A person? An unfulfilled interest? Sheer boredom?

My friend and I were sitting around drinking craft beer when a commercial for the Sam Adams homebrew competition came on. We figured it would be fun to brew our own, so we went out and bought a kit and ingredients, and brewed a pale ale later that day. Ever since drinking that first bottle, I've been hooked.

Where do you brew? Inside/oustide?

I brew at my apartment. I mash inside, but take it outside on the patio for the lauter and boil.

Where do you ferment? Have you had to do anything creative to facilitate this?

I ferment all of my beers inside a chest freezer outfitted with digital thermostat. The thermostat probe goes into a thermowell, which is basically a stainless steel tube that rests in the beer, allowing the thermostat to read the temperature of the fermenting beer. The freezer can then keep the beer cooled to whatever temperature I desire.

Do you have a pet name for your homebrewing enterprise? If so, can you give us a little background?

You know, not really. I even have trouble giving my beers creatives names other than calling it whatever style the beer is. People always ask me if I have cool names or themes for my beer or my "brewery," but I don't. It's a lot easier to just call it what it is and let the beer speak for itself.

How large are your batches?

I make 6 gallon recipes, but after transferring out of the kettle and then fermenter, leaving sediment behind, I usually end up with 5 gallons into a keg. I have the spare equipment around here to make 10 gallon batches, but I think I'd rather stick to 5. It allows me to brew twice as much. :)

Pretty basic setup. I mash in a 10 gallon kettle, and lauter in 10 gallon Blichmann boil kettle, which I also boil in. I recirculate the mash with a March pump to clear up the wort before running it off. I sparge by hand, scooping water out of a kettle and pouring it through a colander to disperse over the grain bed. I chill the wort with an immersion chiller, while also recirculating the wort at the same time in the boil kettle, making a whirlpool. This allows for very fast chills. I then add pure O2 through a fine diffusion stone, and ferment in the chest freezers I described above. I have an electronic pH meter and a dissolved oxygen meter that I use to fine tune my brewing process.

Are you fine with that or do you expect to upgrade to bigger and better?

I plan on upgrading eventually to a HERMS system, but have been putting it off. I'd rather spend my money and time in ingredients and brewing, rather than building up my setup. My equipment allows my homebrewing to be as hands on as possible, while allowing me to have very fine control over the final product and the ability to make a consistent beer.

All grain. Gives me more control of the final beers, and extends the length of the brew day significantly. And I love that.

How many batches have you made this year?

8 homebrew batches, and 1 commercial batch of my Czech Pilsner at LoneRider Brewing Company. I've been slacking, I should be brewing more.

Give us some examples and the names you picked out for them if you gave them a name.

The Czech Pilsner is called Gunslinger Pils, and should be coming out soon. As for the other beers: Irish Dry Stout, Munich Dunkel, American Red Ale, Robust Porter, Belgian Dubbel type beer fermented solely with wild yeast (Brettanomyces lambicus and Brettanomyces bruxellensis)...just to name a few. 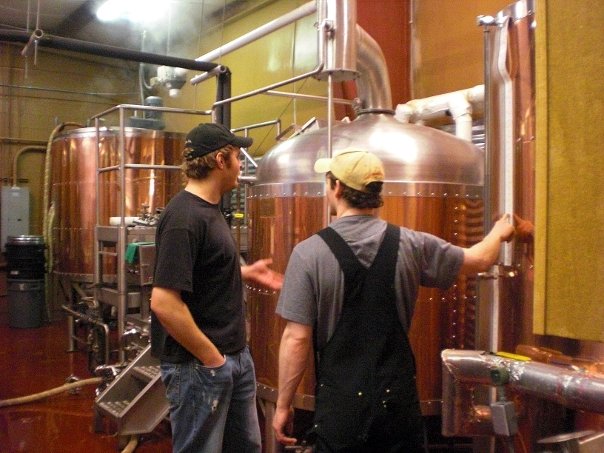 Any bad batches? Were you smited by the homebrewing gods?

No bad batches this year, yet. A few of them needed fine tuning recipe-wise, but I generally nitpick at all of the beers I make. I've had some clunkers in the past, and I'm not afraid to dump 5 gallons of bad beer. Certainly easier than drinking 5 gallons of bad beer. Thankfully I haven't done that in a little while

Brewing plans for next year?

Keeping learning as much as possible about brewing, through reading books and talking and sharing ideas with other brewers. Always look for ways to improve your beer

A few. My favorites are the Gold Medal

I won at the final round of the National Homebrew Competition. It was a Belgian ale fermented solely with wild yeast, and placed first out of over 300 entries worldwide. Also my Czech Pilsner winning Best Of Show at LoneRider Brewing Company's "Brew It Forward" competition. We brewed it recently, and I got to be as involved as possible with that. It was a lot of work, but so much fun.

If you're thinking about brewing your own beer, just do it. It's easy. All it takes is some attention to detail, and good cleaning and sanitation, and you can make great beer.