Interview with a Homebrewer - Brewing with my Gnomies

{xtypo_dropcap}A{/xtypo_dropcap}fter a bit of a haitus (for work and travel), we are back with our latest magical homebrewer interview. The Comfy Computer Chair of Fame has been dusted off and into we have seated a typical garden variety gnomebrewer...err homebrewer. He say he resembles those diminutive spirits from magic and folklore, I just don't see it. Please give a warm welcome to Mr. Jason Nelms. 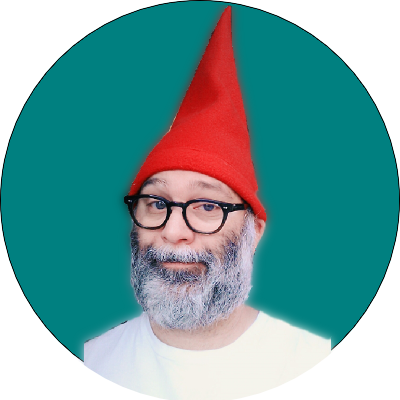 When did you start homebrewing?
I started about 7 years ago while my wife was pregnant with our youngest daughter.

What got you into homebrewing? A person? An unfulfilled interest?  Sheer boredom?
A bit of all of the above. I am always picking up hobbies but usually drop them once I get a basic understanding. My family got me a brewing kit for Xmas and it was really a great fit for me. I have been an obsessive fool for it since then.

Do you belong to a homebrew club?  What is it?
Yes. Music City Brewers (Nashville, TN)

Where do you brew? Inside/outside?
I usually brew in my garage. I have brewed indoors when brewing extract or test 1 gallon batches.

Where do you ferment?  Have you had to do anything creative to facilitate this?
Currently, I ferment in a closet in our house but I am building out a temp controlled fermentation chamber from the ashes of my keezer.

Do you have a pet name for your homebrewing enterprise?  If so, can you give us a little background?
Mellow Gnome Beer Company. No real story to it other than I grew a long beard earlier this year and I really looked like a garden gnome. So, I decided to throw the name at it.

How large are your batches?
12 gallons at the highest, 1 gallon test batches. 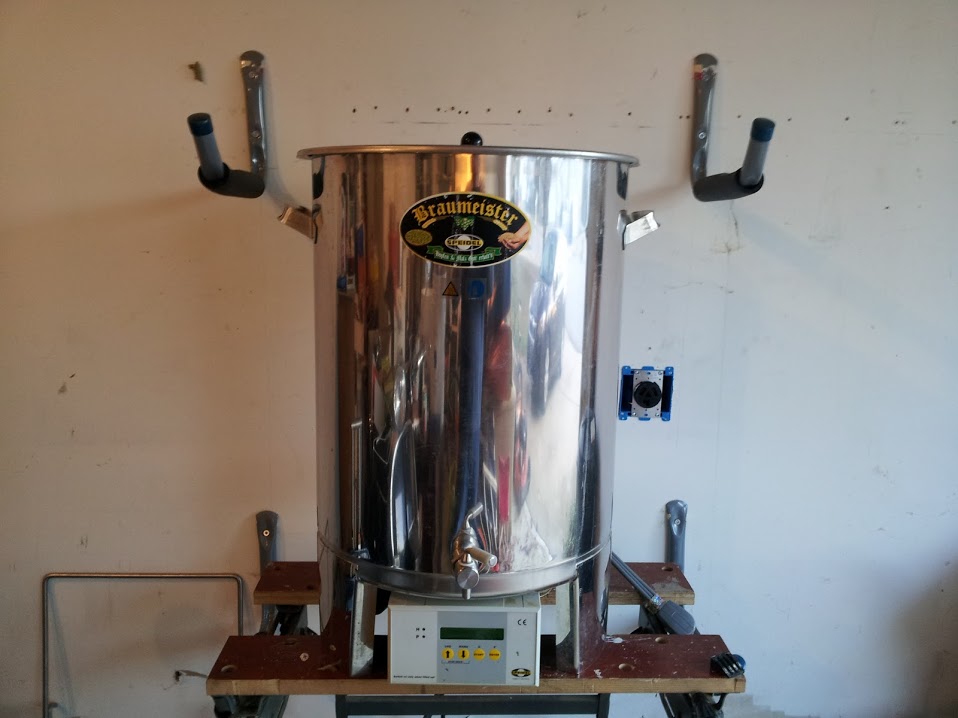 I am currently with a backup 10 gallon setup until my new system arrives. I just sold my Braumeister 50l to finance the new system.

Are you fine with that or do you expect to upgrade to bigger and better?
I ordered the PicoBrew Zymatic and sold my Braumeister 50l system. My new batch size will be 2.5 gallons after the new system shows up.

What are your favorite styles to brew?
Well, I brew what my friends drink. So, mostly, big IPAs. When the new system shows up. I plan to diversify and brew several different style for contests. I also love fruited beers but only with real fruit puree or frozen. I also like to use it on things like IPAs because no one else really does that around here.

How many batches have you made this year?
8 - another reason for trying a new system out. I need to brew more. I NEED IT, MAN!

Give us some examples and the names you picked out for them if you gave them a name.
Miss Gnomer IIPA, Miss Stoner (based on Miss Gnomer but with stone fruit puree added in secondary), Tippy’s Toadstool Mild, Welder’s Arc Jalapeño Cream Ale (for my dad’s union)

Any bad batches?  Were you smited by the homebrewing gods?
I had an imperial stout that got the smiting of acetobacter. It smelled just like fingernail polish remover. 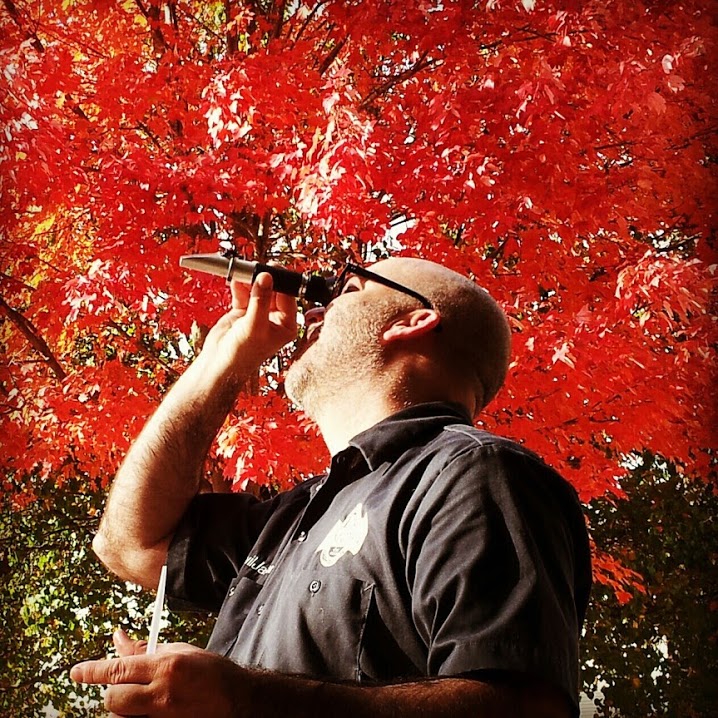 Brewing plans for the future?
I want to mimic a brewpub at my home. We are house shopping at the moment and the “must-have” is a separate garage or some other building that I can setup to serve beer and food. I quite like pairings and want to entertain friends and family in this manner.

Plans on entering any competitions this year?
Yes. I have been planning to for years and have just been overwhelmed with raising my youngest daughter but she is 6 this year and I am already seeing a tapering off of the attention she wants.  I should also mention that she is my brewing assistant and has been since she was 2 or 3 years old.  She even helps clean nasty carboys!

Any awards from past competitions (Just a sampling)?
No, I have yet to enter but have had a couple of good comments at various tastings with our brew club and in a few bars that let me drag my brews in for tasting. My mostly mosaic IPA always gets rave reviews and repeat pours as does my Mango Serrano American Wheat.

Any advice you'd like to give other homebrewers?
Start with extract or BIAB - they are cheap, space-saving options until you decide you want to buy a “dream system” and you really can make great beer with either method.. Join a brew club. Be creative. You aren’t selling your beer. So, why play it safe?

If you could sit down with 1 person (living or dead) and ask them questions.  What brew would you offer them and what would be the first questions you would ask?
Well, I like pairing. So, let’s go with a nice stilton and some barley wine like Old Foghorn or a homebrewed option that has been aged out a year or so. As far as a question: How does beer elevate your life? What is your earliest memory of beer? - Not sure if we are naming the person but I would pick a random pub dweller in American colonial times.

If you were omnipotent, what would you do to right the beer universe?
I would modernize the 3 tier system and make the professional brewing market have a lower bar for entry.

Any closing thoughts?
I hope more brewers(home and professional) continue to innovate and create. The more of us there are, the more interesting the beer landscape is. 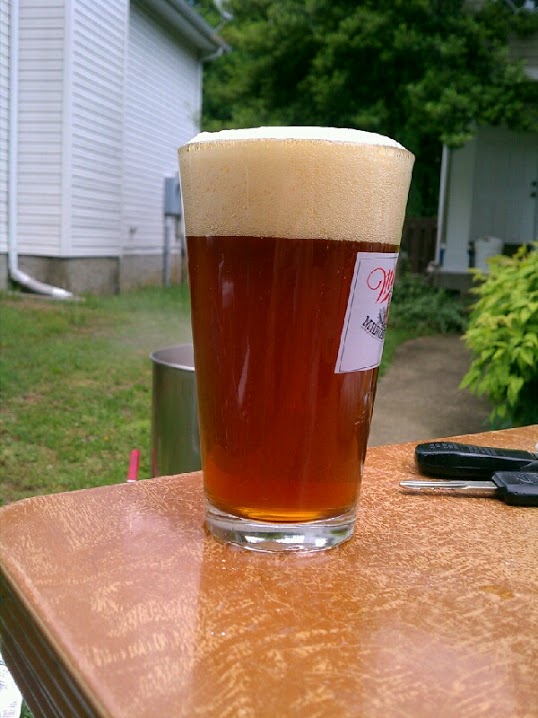 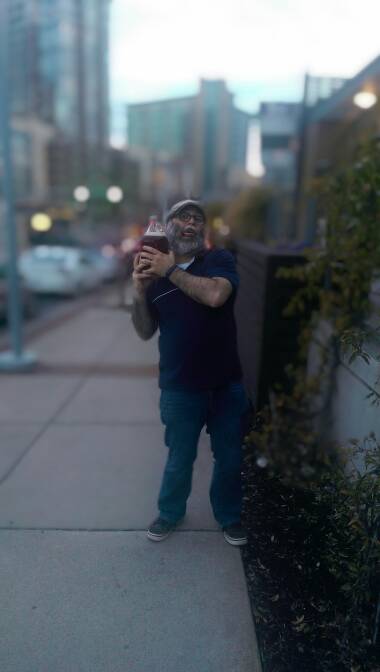 Favorite domestic beer?
I really enjoy anything from a small brewery in Sparta, TN called Calfkiller Brewing Company. If I had to choose one of their beers, I would say one of the small barrel aged ones that never makes it to market. They just have these for tasting in their brewery tour.

Favorite imported beer?
I really like anything by Mikkeller.

Favorite beer and food pairing?
I go against the grain of most by saying a spicy curry with an IPA. I know that the bitter hops and crisp beer tend to elevate the heat but it is a religious experience when it gets really hot.  Something anyone can try? How about an English Mild and some well made Fish & Chips or a Berliner Weisse with some Wahoo tacos and pickled peppers.

In the kitchen I make a mean... (beer related).
Beer bread using the beer I make with leftover grains from the mash that created it.

If you enjoyed this interview, check out some of the other homebrewers that have sat in the Comfy Computer Chair of Fame and told all. Homebrewer Interview Showcase or see below.