Interview with a Homebrewer - Ale-Conner

We are very exited to bring you this next Interview with a Homebrewer.  Our next interviewee has a long history in the homebrewing and beer communities.  The author of two books (linked images below) as well as multiple articles in assorted beer and brewing publications, he has the homebrewing pedigree that most homebrewers (some professional brewers too) would love to have.  We bring to the Comfy Computer Chair of Fame, Mr. Marty Nachel. To find out more about Marty outside of this article, follow this link:  Ale-Conner 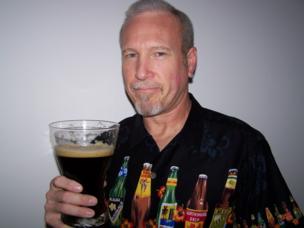 When did you start homebrewing?
In the Summer of 1985. By 1987 I was already dabbling with oak-aging my beer.

What got you into homebrewing? A person? An unfulfilled interest? Sheer boredom?
I was really into beer and I figured the best way to learn more about it was to start brewing it myself -so I did.

Do you belong to a homebrew club? What is it?
At that time, I belonged to the Chicago Beer Society, but a few years later, a fellow CBS member and myself decided to start our own club closer to home. The Brewers of South Suburbia (B.O.S.S.) recently celebrated its 21st anniversary.

Where do you brew? Inside/outside?
Always inside...I feel I have much more control over overything.

Where do you ferment? Have you had to do anything creative to facilitate this?
In the Midwest, we're fortunate to have full concrete basements; these are great big beer storage rooms -especially in the winter.

Do you have a pet name for your homebrewing enterprise? If so, can you give us a little background?
I've kiddingly referred to my little operation it as "Bust-a-Nut Brewery", but never got serious about it. I don't bother with names and labels these days.

How large are your batches?
I still do 5 gallons at a time. Any quantity larger than that is just too much. I don't compete as much as I used to and I don't drink as much as I used to. There are so many good commercial beers I need to try and enjoy that it doesn't leave as much room for homebrew. Besides, I still have cases of beer I brewed two, three and four years ago.

What kind of equipment do you have?
In a phrase: "old fashioned". I still do things the in much the same way I did them 20 years ago. I have a full kegging system but I never use it. The beer would go bad before I drank it all.

Are you fine with that or do you expect to upgrade to bigger and better?
I figured if I haven't upgraded by now, there's no point. If it ain't broke, don't fix it.

What are your favorite styles to brew?
I've been a pale ale fan since day one, but I do enjoy messing around with Belgian styles. I'm constantly tinkering with different yeasts, different ingredients, different oaking methods. 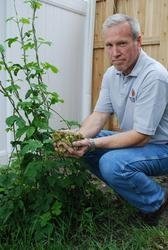 How many batches have you made this year?
Only one so far. As a rule, I rarely do more than one per season. There are just too damn many good commercially brewed beers out there that I need to pursue.

Give us some examples and the names you picked out for them if you gave them a name.
When I first started out, I got into the naming thing, but it's old hat now. Following my first trip to Britain in 1984, many of my first beers were inspired by that trip: "Six Ravens Ale" (a nod to the ravens at the Tower of London), "White Cliff Ale" (cliffs of Dover)...nothing terribly inventive. When I included some of my recipes in "Homebrewing for Dummies" I was obligated to come up with names for the brews.

Any bad batches? Were you smited by the homebrewing gods?
If you haven't had a bad batch, you're playing it too safe! Of course I've had some clunkers. You learn from your mistakes and move on. I've never thrown a batch out, though. I consider even bad beers an education. I'll keep them and taste them months and years down the road to see how aging affects them.

Brewing plans for the future?
To keep brewing until I'm no longer capable.

Plans on entering any competitions this year?
I've done my fair share of competing over the years, but these days, I pretty much just support my local club's (B.O.S.S.) annual competition.

Any awards from past competitions?
Actually, quite a few; I stopped counting at around 50. Most of them came in the early years.

Any advice you'd like to give other homebrewers?
Well, besides the bit about good sanitation, I would say get involved with others who share your passion. Homebrewing is always more fun and educational when you're doing it with others of like mind.

Any closing thoughts?
Since the very beginning, I've always acknowledged that brewing is both art and science, but I identify much more with the artistic side. I hate the confines of following strict weights and measures, which is why I don't follow recipes...I follow my muse instead.

If you could sit down with 1 person (living or dead) and ask them questions. What brew would you offer them and what would be the first questions you would ask?
I would love to sit down with Michael Jackson (the Beer Hunter) with a bunch of beers that have been introduced to the market since he passed away. I'd love to hear what he'd have to say about where the craft brewing industry is today. 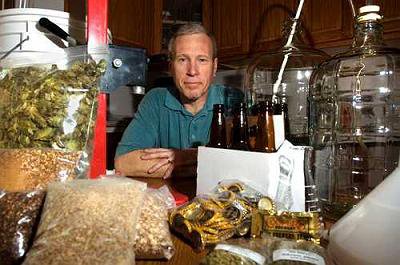 If you were omnipotent, what would you do to right the beer universe?
Omnipotent, huh? Okay, I'll play along- 1st, I'd make all beers available to everyone, everywhere at a reasonable price; 2nd, I'd make the alcohol content in beer consumer adjustable according to their preference or ability to handle it -without affecting the taste, of course! I'd love to drink great beer all night and still be able to drive safely or without having to pay the price the next morning.

Favorite domestic beer?
Not a fair question, but if I must...Goose Island IPA. It's my local, it's got great, fresh hop character (without a gazillion IBU's) and it's reasonably priced.

Married? Children?
Married to a wonderfully patient woman for 32 years. Patti has allowed me to pursue my avocation without ever trying to stifle my enthusiasm.

In the kitchen I make a mean... (beer related).
Beer Cheese Soup. It's quite healthy as it's loaded with lots of veggies.

Additional commentary about Marty as the author of multiple beer and brewing related books: 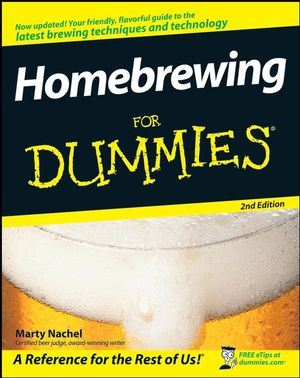 to my publisher. They contacted me shortly after BFD was published and said "Okay, now you have to write a book just about homebrewing!" 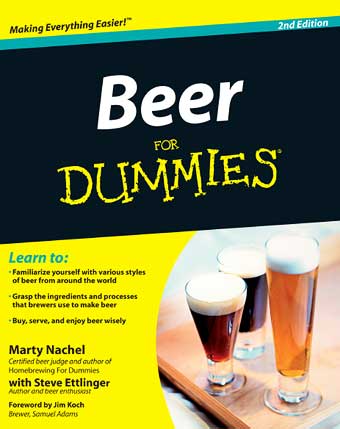 How has the book been received?
Quite well; it's been favorably compared to Papazian's "bible" and it's also gotten lots of great reviews on Amazon.com. In terms of raw numbers, between the 1st and 2nd editions, it's sold over 100,000 copies.


You have been a BJCP certified beer judge since 1986, What do you think of the sheer volume of beer showing up at competitions nowadays?
I think it's the most reliable indicator of how robust and dynamic the homebrewing hobby is today. What blows me away more than the sheer volume of beer is the consistent high quality of the beer. I wish I had a time machine to take people back to the 1980's and show them what was considered "good" homebrew.

What is an Ale-Conner? and why was it important?
The term Ale-Conner means "ale taster." It's an official post in England that dates back to the 12th Century; the post was created by William the Conqueror in order to keep ale prices and quality in line throughout the Kingdom. The post of Ale-Conner today is a largely ceremonial civil position -but one of authority and prestige; Ale-Conners are paid a small annual stipend with free beer a part of the compensation.