Interview with a Brewmaster - KHAAANNNN! 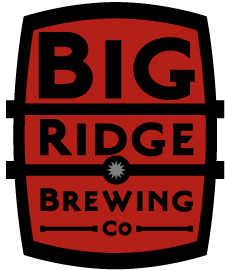 Oh Canada, You great big beer filled land.  Our next brewer in the Interview with a Brewmaster series comes to us from our neighbor to the north.  Born in London, England and transplanted to Montreal, Canada in his youth, our brewer has spent his time in the craft beer world bridging those two countries.  Welcome to the Comfy Computer Chair of Fame (with and extra blanket, it's cold up North) Vegan, music fanatic and  drummer, Mr Tariq Khan.

When did the brewery start?
The Big Ridge Brewing Co. was opened in late 1999. We have recently re-located to a new location, (actually across the street in Spring 2010). We are located in the South Surrey neighborhood in British Columbia, Canada, about an hour outside of Vancouver.

How long have you beer brewmaster there?
I accepted the position of Brewer in March 2008

Any type of formal training in brewing science or art? If not, how did you learn the craft?
I've been around breweries all of my life. My father owned a Heat Exchanger/Refrigeration company in Montreal (where I grew up). I got to know Molsons and Labatts very well but as far as brewing goes, I've been interested in craft beer for a long time but I received as a gift, courses in Beer appreciation at the University of Montreal around 2001. I started studying beer quite seriously, around this time I started homebrewing as well and I got "bitten" by the brewing bug. I was looking for a career change and began to approach local Montreal brewers for advice. It was then I began to realize there are many ways to get into pro brewing. I decided in the end (along with my girlfriend Trudy) that since I was English born, pursuing my brewing career in the U.K. made sense (and would be a hell of an adventure!).

I enrolled in the Semester program at Brewlab at the University of Sunderland (British Brewing Technology) and moved to Sunderland in january 2003. The course focused on academic as well as practical experience so I was immersed in brewing. I had a great time studying under Dr. St-John Usher and Dr. Keith Thomas. After successfully completing the course and passing my Institute and Guild exam (General certificate in Brewing and Packaging) I decided to stay in the U.K. and work.

If you will, a brief history of your brewing experience (where have you brewed)?
I have worked for Darwin brewery in Sunderland, York Brewery in York, and Dark Star Brewery in Sussex. In Canada (as of November 2007) I have worked for Taylors Crossing Brewpub (now called Red Truck Brewery), Yaletown Brewing Company, and Big Ridge Brewing Company. These 3 breweries are managed by our Head Office (Mark James Group), as well as the High Mountain Brewhouse in Whistler.

How large is the brewery your currently brew for (# of barrels)? 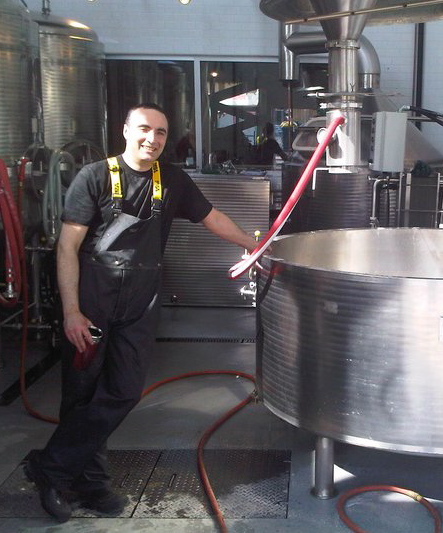 Is it automated or is there a lot of exercise involved in your brewery's operation?
There is still a lot of manual labour involved but the brewery is designed to be user friendly and labour efficient, (brewery is on one level, no stairs, I have a silo where my Canadian Pale malt is stored and accessed via an electric augur. All beer is sold on the premises so no moving of beer on to trucks etc.)

Ever had a bad batch?  If so, how long did it take you to figure out what caused it?
Many bad batches as a homebrewer but thankfully none professionally knock on wood, there has been incidences where a brew didn't turn out exactly what I wanted but that's life as a brewer !

Do you get to name the brews or is it done by committee or dictatorship?
I sometimes name our seasonals or sometimes the Big Ridge staff might help out. It's a lot of fun trying to come up with names for my beers. Perrin from the Alibi Room (bar/restaurant) Vancouver has come up with some of the names in the past.

What are your favorite styles?  Do you get to work on them at your current brewery?
I don't have a favourite style per se: I do a seasonal release every 6 weeks or so and I have explored German, Belgian. English, and North American Styles. Current seasonal is an Imperial Stout, next one will be a Bamberg style Rauchbier.

Please describe the weirdest ingredient you have ever put in beer (whilst brewing).
Weirdest ingredient would be Chipotle peppers for a cask beer, and that's not that weird by North American standards. It was an interesting experiment but I'd probably never go there again haha!

Do you or your brewery attend the large beer gatherings (i.e. Great American Beer Festival, Zythos, etc.)?
We just recently attended the Brewers association Craft Brewers conference in San Francisco in May 2011.

Can you give a hint if anything might be coming from your brewery (new brew, special brew, etc.)?
I'm continually trying to come up with interesting seasonals and "push the envelope". Our Belgian IPA "Wrath of Khan 2" is on the cards for the spring, it's quite a popular brew !

Do you have a favorite beer and food pairing?
Veggie Pizza and IPA is my fav !

In the kitchen I make a mean? (beer related)
Veggie Stirfry with Bhut Jolokia peppers & I make a mean beer infused (Wrath of Khan 2) paella.

Any advice for those aspiring (kitchen/homebrew) brewmasters out there?
Advice: Brew a lot, read a lot, taste a lot, have a seeking spirit and keep learning and asking questions.

Every workplace has some type of tradition. Does your brewery have some type of tradition on brew day or at another time? For example, using a special tool that has been around for a very long time, play specific music while brewing, etc.
I'm a music fanatic so I have my rituals when I mash in (German pop for lagers/hefeweizen, English alternative, punk or metal for english styles, French or Belgian pop for Belgian Styles, American heavy rock or metal for Northwest styles (Ipa etc)

If you were in charge, what would you change (first) to improve our beer universe?
If I was in charge of the beer universe, all beer would be labeled with all ingredients (and not just possible allergens) as well as any processing aids. A full listing of all nutritional information would be listed as well (Vitamins,minerals etc.) 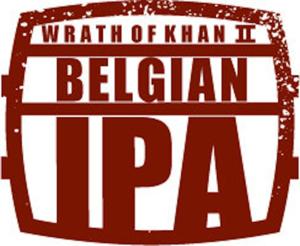 Brewer Bio:  Married to Trudy Chalmers, no children and no pets.  His goal is to change the face of beer culture as we know it (on a daily basis).  He also like to play drums in his spare time (aggressively).

Info:  This email address is being protected from spambots. You need JavaScript enabled to view it.