As a break from our latest homebrewer interviews, we bring you an interview from the word side of the beer world.  Today we bring you another addition of Interview with a Beer Blogger.  Our latest blogger to sit in the Comfy Computer Chair of Fame hails from Philadelphia, PA.  She has just returned from a trip to Great Britain (yes, we are jealous) where, acording to her tweets, she seems to have had a grand time.  Please give her a warm welcome, beer blogger (and freelance writer) Ms. Lisa Grimm. 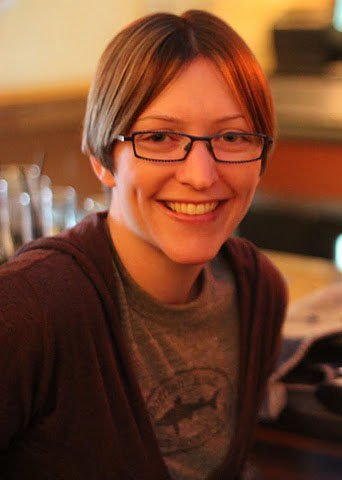 What got you into blogging about beer?
After taking the BJCP exam, writing about beer became second nature, and it was a useful learning exercise to write about something beyond the subjects I already knew inside and out.

Is beer the only thing you blog about?
I also blog about horse racing (although I complain/enjoy more of that on Twitter now, as @superfecta), and I've also blogged elsewhere about medical history and modern medical advances.

How long have you been writing about beer?
Since 2007

Outside of your blog, do you write for anything else (newspapers, magazines, etc)?
Occasional magazines, work, the odd academic book chapter...I'd happily accept a commission that would involve a lot of paid-for travel.

Any formal writing training? School, Internship, etc.
My various degrees are in archaeology and library/information science, and they all had some level of focus on being a halfway-decent writer, although much of my early 'professional' writing was learned on the job at previous employers - I wrote music reviews and short articles on a number of topics for websites I worked for in the dot-com era, and went on from there.

Do you just write about beer or do you have other beer pursuits?

I homebrew, judge homebrew competitions and am in a number of all-women beer clubs.

Do you attend any of the big beer festivals?  If so, do you stay to yourself or join other bloggers?
I would if I had time and babysitting! I'd love to meet more fellow beer bloggers in person.

Do you attend the beer blogger conferences?
I absolutely would if they fit my schedule and budget, but that hasn't happened so far.

What do you think of the growth in the amount of individuals now interested in both beer and writing about beer?
Fantastic - the more, the merrier, but please ensure you know where to use apostrophes. Naturally, this applies to humanity in general, not just beer bloggers. 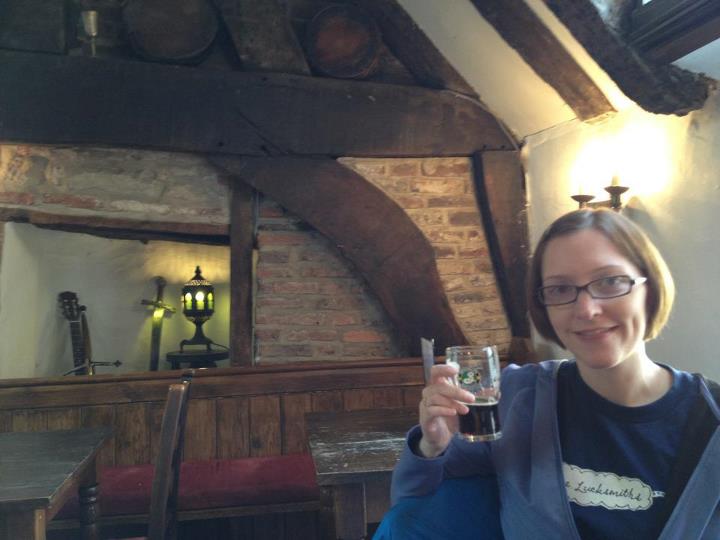 Are you published? IE. Anything we can buy and read
Yes, but unless you are an archivist or librarian, you might find it dull going - look for more print-based beer writing in the near future.

In the kitchen I make a mean? (beer related food)
I am a liability in the kitchen - I can't cook a single thing.

Do you have a preferred/favorite beer style?
It's totally dependent on the season for me; I love a Berliner Weisse in the summer, but am equally fond of a nice porter almost any other time. Seasonal styles are wonderful, but I would really like some of them to stay within their season (pumpkin beers, this means you).

Please put your beer judge hat on and describe your favorite beer of all time (still existing or not):

Any advice to would be beer bloggers?
Write what you know - so learn as much as you can, which means drinking as many different beers as possible.  Make friends with the staff at your local bottle shop, if you are fortunate enough to have a good one.

If you could sit down with anyone in the beer industry (living or dead), who would it be and why?
I got to meet and have a brief chat with Michael Jackson about a year before he died about some now-defunct British beers - it would be great to have a longer talk. 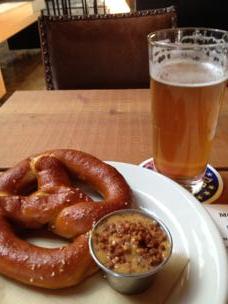 What would be the first question you asked them?
I would be very interested to hear his take on the current beer scene in the UK, since it's so different from even 5 years ago - can we expect an explosion similar to that the US has experienced?

If you were omnipotent, what would you change in the beer universe?
I'd convert some of the snobbery into a friendlier, more welcoming tone - and I'd eliminate the remaining sexism (which is more a function of the macro brewery scene, but it's still lingering in some corners).

What do you think of the various 'historic' beers available now?

I'd love to see even more of them that are based on real primary sources (whether that's recovered yeast or old brewery archives) - it's hard to beat a Flag Porter (using yeast from a shipwreck) or the Ron Pattinson/Pretty Things historic re-creations formulated through real research.  Obviously Dogfish Head's Ancient Ales are great in this category as well.

Married? Kids?
Yes, and we honeymooned in Belgium for beer-tasting purposes; our son, who is 7, helps us bottle when we homebrew, and always asks if things are 'hoppy or malty.'

Two favorite breweries (at least 1 domestic and 1 foreign)?
It's hard to pick just two; domestically, it's a toss-up between Victory and Pretty Things, while I have a soft spot for the UK's Hall & Woodhouse.

Favorite foreign beer?
While there are many, many Belgian and German beers I love, I always look forward to Moorhouse's Pendle Witches Brew in the fall; it's a great beer, and I used to live quite near Lancaster Castle, where the real Pendle 'witches' were held in 1612.  Beer with a historic bent always wins for me. 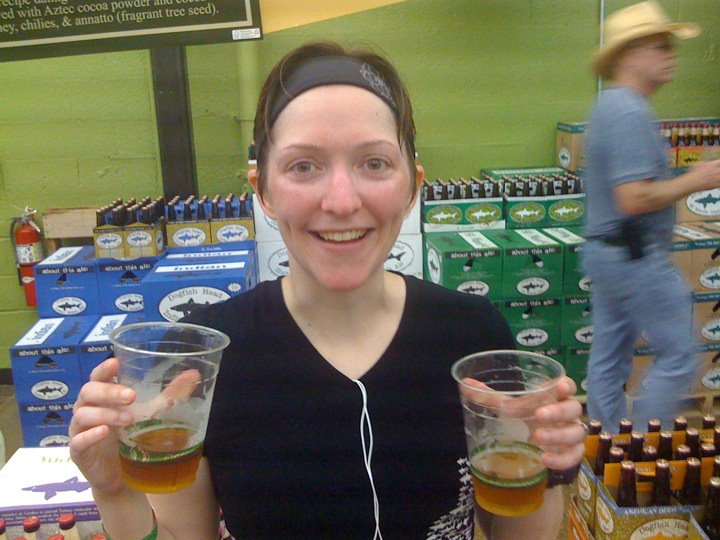