What does one do with a Communications Degree, well of course they communicate. Our next individual to sit in the Comfy Computer Chair of Fame has just such a degree. Lucky for us, she uses it to spread the word on the one thing we love - beer. Coming to us from the Pacific Northwest is beer blogger and sometimes foodie (but mainly beer), Ms. Kris McDowell. 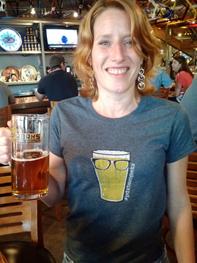 What got you into blogging about beer?
When we, my husband and I, started our blog it was designed to be something fun for us and our close friends.

Is beer the only thing you blog about?
Yes, however I’m a foodie as well so food, either in terms of being paired with beer or enjoying some at a new brewery, often crops up in the posts.

How long have you been blogging about beer?
6 ½ years

Any formal writing training? School, Internship, etc.
Not specifically although my degree is in communications so I had plenty of writing courses in college. However I think that blogging for the last six years, by simple repetition, has done a great deal to improve my writing.

Do you just write about beer or do you have other beer pursuits? Ex. Homebrewer, Judge, host.
In addition to authoring my own blog I am a contributor to the Taplister blog and before moving to Portland, OR was a very frequent contributor to MNBeer. I am also the Director of Marketing for Brewvana Brewery Tours and a member of the Pink Boots Society whose mission is, “Empowering women beer professionals to advance their careers in the beer industry through education.” I have dabbled in homebrewing but with all the great beers available have opted to set that aside and enjoy drinking what others have made.

Do you attend any of the big beer conferences? If so, do you stay to yourself or join other bloggers?
I have not attended any of them. 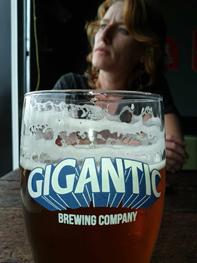 Do you attend the beer blogger conferences?
Not yet, but I was really tempted last year. Depending on what the New Year brings I may start making definite plans to attend this year.

Do you write about specific beer topics (i.e. New England beers, California beers, etc)?
My topics vary but the one thing I don’t do is beer reviews. There are plenty of people doing that and I really focus on the fun of beer with my blog. Beer events – festivals, beer pairing dinners, etc – are a frequent topic as are visits to new breweries and any “brewery pilgrimages” (aka beercations). Pairings have been a recent fascination and I’ve done a set of Girl Scout cookie and beer pairings, inspired by an article I read, a set of beer and cereal pairings (I don’t recall where that idea came from) and around Halloween, beer and candy pairings inspired by an article by a Minnesota-based Cicerone, Michael Agnew.

What do you think of the growth in the amount of individuals now interested in both beer and writing about beer?
In general I think it’s great. Craft beer still occupies an infinitesimal amount of the beer market share so there’s still plenty of room for growth, mostly by getting people to come over to “our” side. I love helping someone discover a new craft beer they enjoy. As for the writing part, I’m a bit more critical. My writing is far from perfect but I’m a stickler for punctuation, capitalization and proper use of the English language so when I read blogs that disregard that (either out of ignorance or lack of attention to detail) it really bothers me. Maybe I’m old school but even if Michael Jackson authored a poorly written piece I would think less of him and his opinion.

Do you write only for your own blog or are your posts seen elsewhere?
My posts are primarily seen on my blog. The items I contribute to MNBeer and Taplister have a different feel and tone than what I write for my blog.

Are you published? IE. Anything we can buy and read.
Nope, you’ll have to stop by the blog to get your fill.

Where do you see yourself in 5 years? Still blogging about beer or some other pursuit? 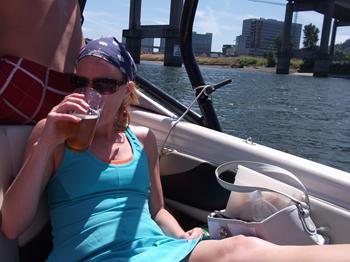 I hope to still be blogging in five years. In the last couple of years, as the blog has transitioned from being authored by both my husband and I to being solely authored by me, the number of posts decreased. At the beginning of 2013 I set forth the goal that I would get back to the year that had the highest number of posts. I think I’ll end up falling a bit shy of that number but not by much. As anyone who has been blogging for a few years knows, it gets hard at times to come up with material. I’m saddened to see that some blogs I’ve really enjoyed in the past have started collecting dust. Hopefully if I get to that point there will be an official ending post instead of just letting things trail off.

Any advice to would be beer bloggers?
My advice would be to write about the aspects of beer that you most enjoy. In doing so there’s a good chance that those will be the type of posts that people will find interesting to read and it’s something that you can continue to do for the long term.

If you could sit down with anyone (living or dead), have a beer and ask them one question, what would that question be? And what beer would you offer them?
I’ve never been one to have a good answer for this type of question however I’m always happy to share a beer with a willing drinker and strike up a conversation about nearly anything.

If you were omnipotent, what would you change within the beer universe?
I would really like to see more transparency when the BMCs (Bud, Miller, Coors) start to brew and market a new line that at first glance appears to come from an actual craft brewery. Hardcore craft beer drinkers easily see through that but I worry about those people who are just starting to try craft beers. I don’t want them trying one of those beers, thinking it’s a true craft beer, and getting turned off by something that isn’t of the quality that most craft beer is. 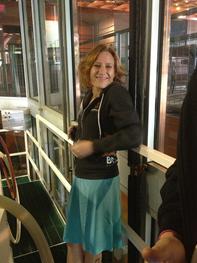 Married? Kids?
I have been married for 10 years and we have a nearly 13 year old furry child.

Favorite domestic beer?
There’s no way to answer this one as it changes all of the time. I’m a hop head so IPAs are one of my favorite styles but I also love sours, something that I’m fortunate to find in great prevalence in Portland.

Favorite import beer?
I drink very little imported beer for the simple fact that there is more domestic beer that I want to drink than I have time to. That being said, the Duchesse is the one import I’ve probably had more of than any other. There’s an inside joke that she’s the beer you know you shouldn’t order but at the end of those type of nights it seems like the best idea in the world.

In the kitchen I make a mean? (beer related food)
I love to cook but I rarely cook with beer. I do however like to cook, with a beer in my hand. 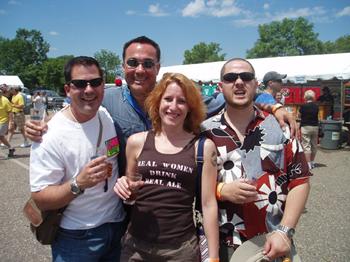