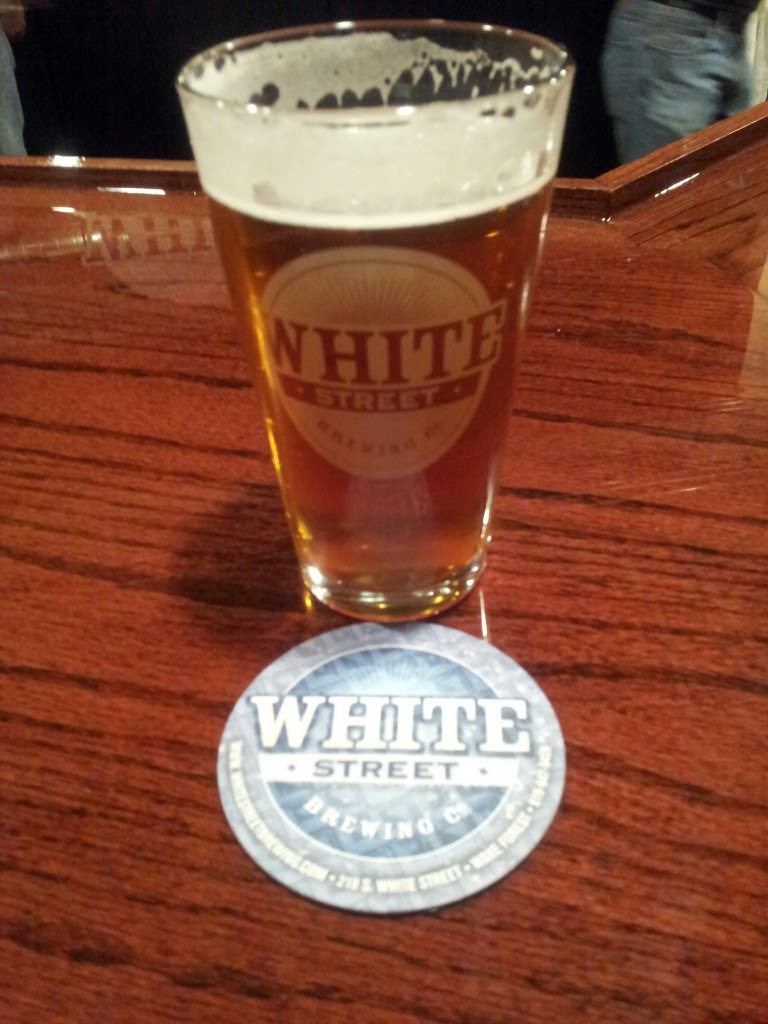 brewery local to my home. White Street Brewing Company opened its doors one year ago (September 15th). Did the brewery live up to the expectations I set forth in my original article? Absolutely.

The brewery/taproom has become everything that I had wished it to be in the original article. A place for clubs to meet. The White Street Brewers Guild (Homebrewing) and the Wake Forest Area Runners meet there to name just a few. Is it a place you can just stop by after a long day and grab a beer? Most certainly. Informally gather with buddies to just chew the fat and have a beer while watching whatever might be on? Done many times.

Have they made many changes to it since it was opened? Constant. As was pointed out in the original article, the owners/builders of this establishment were learning as they went along. Nothing changed after opening day. Expectations were realized as well as surprises overcome. One of the most interesting suprises was that within 1 year, the brewery has tripled capacity and is in constant production. Personnel have come and gone and at this point a core of dedicated employees (both production and taproom staff) has been built and charged with making the business grow. 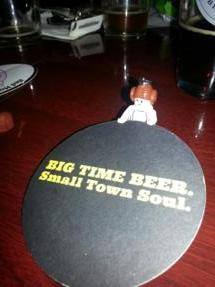 The taproom has not stood still either. The owner's vision of what the taproom would be, has slowly changed into what the taproom should be. Is it a place to pound beers? No, and it was never envisioned as such. It's a place to meet and chat. Is it a sports bar? No, but there is the occaisonal game on (especially New Orleans Saint's (owners favorite team) games) and it doesnt have that "must talk over the TV volume" atmosphere. Pub/taproom games? Yes, they decided to add a few (Darts, Shuffleboard) as a way to encourage interplay amongst patrons. All in all, just about every change that has been made has made the taproom more inviting. And there is more to come.

It is still My Local. I will continue to go and enjoy family dinner nights (we bring the family, order food from a local eatery and eat the meal over beers and sodas). I will continue to meet friends there to catch up or just decompress. I will diligently attend the homebrewers guild meetings (lot of good stuff learned) and I'll continue stop for a growler and run home (around the corner) to watch my favorite team or head out to a concert with said growler in tow.

I could write page after page on what has taken place with White Street Brewing over the last year, but that's not what this article is about. I touched on just a very few things taking place within White Street Brewing Company as an operating brewery. And very many pages more will be written about it. Both on this site and in the brewing community.

Stop by if you are in the Wake Forest, North Carolina area and remember to Support Your Local Brewery 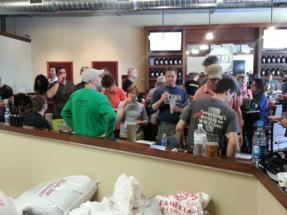 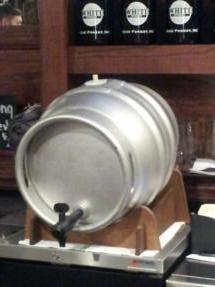 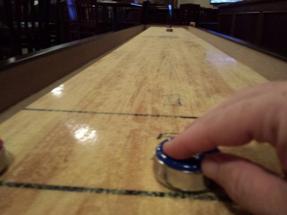 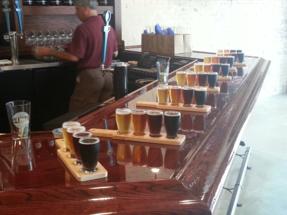