Newfoundland, and New Zealand. In many places, especially in villages, a pub can be the focal point of the community. This writer sees nothing wrong with branding a soon to open brewery and taproom in his American town as his "local".

At Noon on September 15th, the White Street Brewing Company in Wake Forest, North Carolina, will open its doors and dispense their first beer to a paying customer (it might even be me). I have watched as an idea has gone from napkin sketches to a fully functioning brewery.  I have been privy to designs, I have watched the transformation and I have even had the opportunity to help, however slightly, as plans came together and were implemented.  There were setbacks along the way, as there are when opening a business of any kind.  A missed plumbing deadline here or a late piece of equipment there.  This, my local, was built from scratch.  There were no "cookie cutter" plans for this brewery since each building and situation is different.  The building that houses my new local has been completely remade.  A faux stucco exterior has transitioned to a beautiful brick and wood facade.  What was once an auto showroom has been reborn as a functioning brewery and welcoming taproom.

This will be a place to meet.  For local friends to get together, over beers, and discuss local happenings.  For local clubs to meet, over beers, and plan activities.  Or for a local resident (me) to just stop in and finish his day with a local craft beer of his choosing.  As is usual, there will probably be a "game" on, as well as perhaps a few activities to do around the taproom.  At the same time, this will be an active brewery, so there may also be opportunities for "beer and a show".  Since the taproom will only be separated from the brewery by a low wall, the goings on of the brewery will be plainly visible.  And I'm sure that if they are not occupied, the brewery workers might take questions from those peering over at them from the taproom.

I am claiming the White Street Brewery as my local.  Having knowledge of the brewery being built and the struggles that went along with it were the only burdens that I had to carry. A flourishing business is what is hoped for for the owners as a reward for the immense amount of work that went into the brewery's construction.  The brewery's success (and its beers) will be my reward, as well as a reward for the community as a whole.  I will do my part by patronizing the brewery taproom and spreading the word to all of my other local friends.  I will invite others to join me and hope that they invite others to join them there in the future. 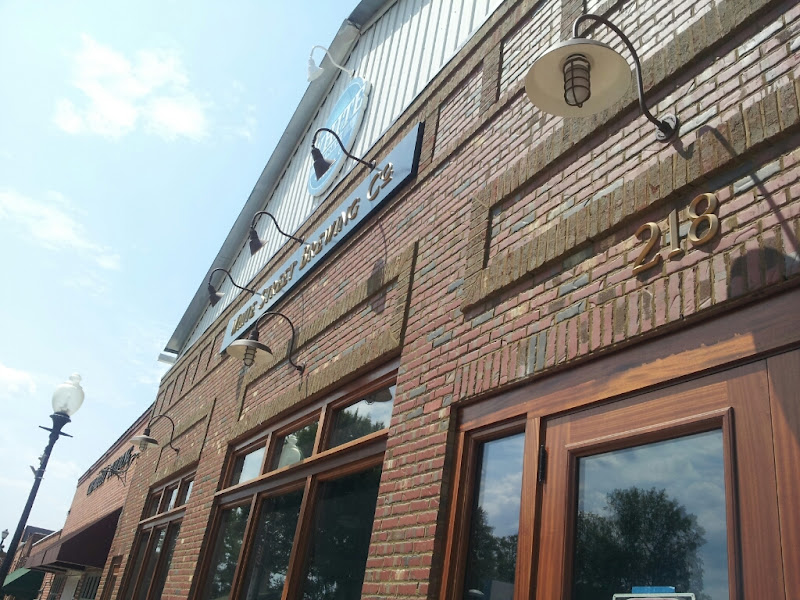 If you are not doing anything on September 15th, and happen to be in Wake Forest, come join me at my local!

{xtypo_quote}This is my local. There are many others like it, but this one is mine. My local is my best friend. It is my life. I must master its beers as I must master my life. Without me, my local is quiet. Without my local, I am useless. I must visit my local true. I must stand straighter than my buddy, who is trying to outdrink me. I must outdrink him before he outdrinks me. I will. Before God I swear this creed: my local and myself are defenders of my country, we are the masters of our thirst, we are the expanders of my waist. So be it, until there is no thirst, but peace. {/xtypo_quote}