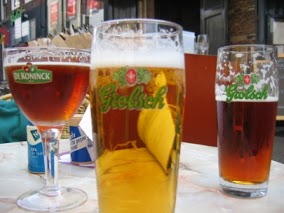 3.  Have a list of beers and a plan.  Almost all beer festivals that this author has attended provide lists of both breweries and the beers that they plan to bring along to vend at the festival.  Get that list and start planning what flights you might want to try.  Some festival also provide a site layout which makes finding your favorites that much easier.  Try some of the following (as long as the requisite brewers are in attendance):

Just remember to balance your taste buds.  Don't start a tasting session with a beer with an IBU (international bitterness units) of 90 and expect to be able to taste anything but hops from then on. Start lower and work your way up.  Your taste buds will thank you.

5. Keep a record of your favorite beer rather than trying to quaff down more of them.  Most festivals have too many beers to possibly learn in the 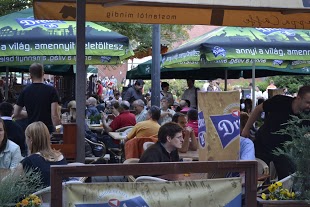 short period of the festival. If you find a beer that you really like, write it down and stick the information in your pocket. Plan to buy it later to enjoy it in the comfort of your home.

6.  Most importantly.  Have yourself a designated driver or some plan to avoid having to drive after  the festival.  Pay a neighbors kid, go as a group with one person designated to drive, take a taxi or bus or Uber or Lyft. Revere Beer, but do so responsibly.

Bring along a small bag or wear pants or shorts with ample pockets.  Festivals are notorious for giving out swag and if its a beer or brewer you like, then it would be nice to have something to remember the beer by.

Bring a pen to take notes or write down addresses or websites.

And finally, have fun, make some new friends, find a new favorite beer and hope that those pictures don't make it to Facebook.  Cheers.