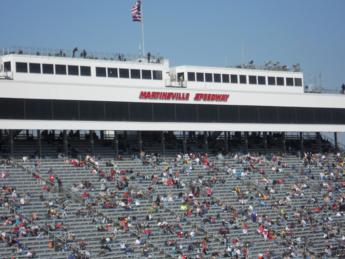 Let me just start off this article with a disclaimer.  This article does not endorse the act of operating a motor vehicle after the ingestion of quantities of alcohol.  Actually, this article goes in the opposite direction.  We drank and they drove.

Ah, welcome to the rolling hills of southern Virginia.  It was predicted to be a crisp weekend for our annual race weekend camping (motor-homing) trip to Martinsville Speedway in Martinsville, VA.  The National Association for Stock Car Auto Racing (NASCAR) was rolling into town to put on two races for those coming from around the region and some from across the country.  There would be a truck race and a stock car race in town and we were going to be there to witness them.

All walks of life flow into the camping areas of these events.  From the $500,000 Class A second home on wheels, to the lowly tent and everything in between.  Of course there is some separation between the truly egalitarian and us common folk, but by most standards everybody fits right in.   If you wave, they wave back.  If they see you having trouble getting set up, they will jump right in.  We may all be separated by our favorite drivers or favorite car maker (I'm a Chevy), but when you get right down to it, we are all there to see the same thing.  Good, old fashioned, paint swapping and fender banging.  Just not ours.

For those readers that are truly apart from the Bud's, MIller's and Coor's of the world, this may be a good time for you to turn away.  For the campgrounds and the stands 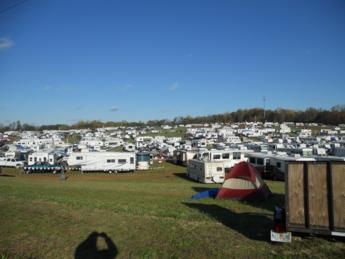 Disclaimer #2.  This is my website.  I write about beer.  I know a lot about beer.  I have tasted some of the best beers in the world (Pliny, Westvleteren, Dogfishhead 120).
When I am with my pals, around a campfire or playing washers under the canopy during our race weekend trip, we are drinking mass market beers.  And to tell the truth, I enjoyed every one of them.  It's not about the beer.  I could have brought many different craft beers with me for the weekend.  It is about the company you are with and the situation.  These race weekends are not about who can drink the best beer or even who can drink the most beer (I was a distant 6th).  It's about getting back together with a bunch of guys you see once a year and having a good time.  Sometimes it's not the beer in your hand, but the people you are with.

These beers were not contest beers.  There are no drinking games in the group.  These beers act more as lubricant to keep the fun going.  I can buy a four-pack of a good craft beer for the same price I can buy a twelve pack of mass market.  That is what you do on these weekends.  It is about keeping going, not showing your beer prowess.  These are beers that you pick up one after another to keep that little buzz going.  These are the beers that you start the campfire with the empty case box.  These are the beers that you carry with you into the racetrack.  The beers that cover the foot areas of the grandstand seats.  The beers you drink on the slow walk back to your campsite either in celebration (you driver wins) or frustration (the winning driver knocks your driver out of the way).  The beers that you drink while analyzing what your driver could have done different and the beers you drink while telling all your buddies that next year will be your drivers year. 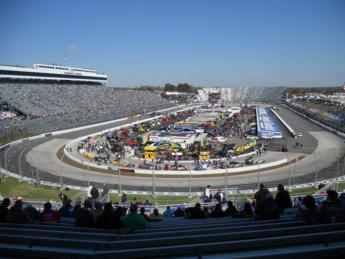 Will I still drink craft beer, of course.  There are just some times when craft beer is not what is called for.  For those out there that say "craft beer or nothing", I say meet me at the track next October and we'll see.  Make sure to pick a driver first.

Being honest, I had a few too many beers to drive safely.  Good thing my favorite driver was behind the wheel.