Charity from the Bottom of the Glass

There's a great big beer festival happening in Denver, Colorado this weekend. The Great American Beer Festival opened its doors on Thursday for the beginning of a 4 day beer extravaganza. Somewhere around 20,000 people will attend this event and a good time will be had by all (well..most). Exciting beer activities will abound.

On Friday (the 25th), there was another exciting little beer activity happening in England and Ireland. This one aimed directly at charity. A small group of English/Welsh/Scottish and Irish beer enthusiasts decided charity can start anywhere, even at the bottom of a glass. An absolutely fantastic idea that was the brainchild of Steven Bentall (@BeerOClockShow) and Phil Hardy (@Filrd). I'll let Steven explain: 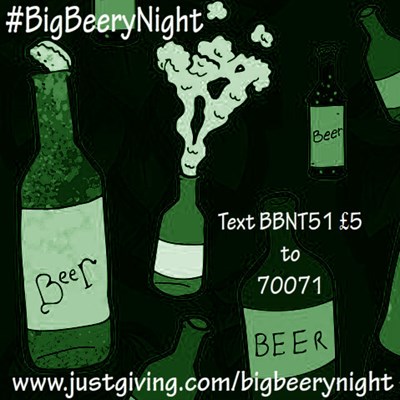 " Earlier this year I lost my Mum to Cancer. Three years ago it was my mother-in-law. Ten years ago it was my Dad.
Two years ago I was a proud ‘dryathlete’ and raised over £500 for Cancer Research as part of the ‘dryathlon’ which was still a (fairly) unique cause back then.
But now we have campaigns in September, November and at least two in January that I’m aware of. This all dilutes the opportunities and passion that people have for fund raising.
A chance discussion with Phil Hardy on Twitter this morning though and we’ve come up with an idea to change that….
Friday 25 September is the day that Macmillan have claimed for their coffee morning. So we thought why not choose that evening to celebrate all that is great about beer?
It’s a simple concept… Choose a beer, drink the beer, Tweet/Instagram your beer using #BigBeeryNight and then ‘pay’ for your beer by donating the cost of it to Macmillan."

Upon hearing about Steven and Phil's plans for their UK version, the #BigBeeryNightIreland was formed by Wayne (@IrishBeerSnob) and his wife Janice (@MrsBeerSnob). Much like the UK version, the Irish version concentrated on getting donations to benefit a cancer charity (Irish Cancer Society). Much the same way as in the UK, it went drink a pint - pay a pint with the odd direct donation from individuals and businesses.

I was lucky enough to work from home yesterday (in the US). This allowed me to watch as #BigBeeryNight began and go back and forth with those that were both running it and those that were just happy to drink and donate. I have to say it was fantastic fun to watch. By watching the hashtag I was able to see the fun that a lot of participants were having, either just posting about their latest beer or egging on their pals to drink more and donate. The auctions also provided for a great bit of entertainment as the age old "I'm gonna bid one more pound than you" gambit was played out. Still, no feelings were hurt, some excellent auction lots were won and I believe a good time was had by all.
This really shows a bit of the power of Twitter as most of this entire event was conducted inside it.
My hat is off to Steven and Phil, as well as, Wayne and Janice. They did an excellent job on such short notice and I am sure that both Macmillan Cancer Support and the Irish Cancer Society will be pleased with the outcome.

#BigBeeryNightIreland - They are very close to doubling their initial goal. Please give if you can. 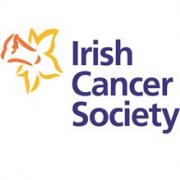