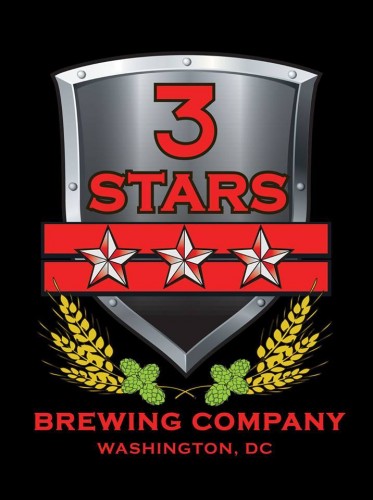 3 Stars Brewing Company is a brewery delivering on the promise of bringing locally hand crafted artisanal ales to the DC beer community. The company was founded by Dave Coleman and Mike McGarvey, two longtime friends who decided to seize the opportunity to build a brewery and produce high quality beer in the District of Columbia – hoping to make this world-class city a world-class craft beer destination.

Mike and Dave started out as homebrewers, developing recipes on a homebrew lab system in Mike’s basement. What began as a hobby, soon became the main focal point of their attention. The duo then realized that building a brewery in D.C. was just the type of project they had been looking for. They began writing business plans, searching for a suitable property to house the brewery, and discussing the project with local friends and business associates as a potential investment opportunity. With an unwavering dedication to crafting and brewing unique, complex, forward thinking beers the guys set out a path for the brewery with the purpose of creating highly innovative drinking experiences.

To date, the brewing team at 3 Stars has released over 40 different distinctive beers and cultivated a reputation for pushing the envelope when it comes to creativity. They have been recognized for their commitment to their craft, and have received multiple awards for their achievements. They have been named DC’s Best Local Brewery two years running by Washington City Paper, and were named Rising Stars in 2014 by Star Chefs Magazine.

Be on the lookout as they continue to innovate and create outstanding beers that offer unparalleled drinking experiences.